This song has been in my head the last few days:

Here are a few stories to check out on a nice summer weekend (finally):

The Return of Marcus Lattimore - SBNation

The All-Star Game, By The Numbers and  Get Your Goetta Game On - Cincinnati Magazine.  Big goings-on in Cincinnati this coming week.

Pete Rose at the Corn Crib: Next Stop, at the All-Star Game - New York Times

The Astonishing Greatness of Serena Williams - The Atlantic

Phosphorus: Too Much of a Good Thing? - Modern Farmer

Look Beyond The Label: A supposedly sustainable fishery is harming Native Alaskans - Slate

The United States of Beer - priceonomics.  This data looks suspect to me.  You're telling me that more bars in Kentucky have Bell's Oberon available than have Bud Light?  And the most widely available beer in Cincinnati is Bell's Two Hearted Ale?  I can probably count on both hands the number of bars I've been to in my life that don't have Bud Light and Miller Lite available.

From Medicine To Modern Revival: A History of American Whiskey, In Labels - The Salt

A Radical Vatican? - The New Yorker

When the End of Human Civilization Is Your Day Job - Esquire

The Mixed-Up Brothers of Bogota - The New York Times Magazine

The 16-Year Legal Battle Over This $16.5 Million Ferrari - Bloomberg

Between the World and Me - Slate.  Coates is brilliant.  I just hope the constant body count of current events, and much of white reaction to it doesn't stoke a hatred in him that silences his insights into this nation's original sin.

These Disunited States - Politico.  Rural areas are a world apart.

I Love You, You Love Me, We Probably Never Said That To More Than Three - fivethirtyeight 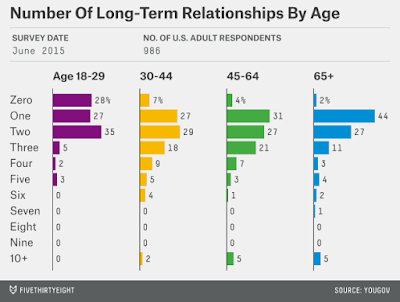 Email ThisBlogThis!Share to TwitterShare to FacebookShare to Pinterest
Labels: Ag economy, Beer and other gifts from God, Food for Thought, Global warming, Local history, News in the Midwest, Strange But True, the Church, the National pastime

The Prince of Thieves?

.@BillyHamilton moves pretty fast. If you don't stop and look around once in a while, you could miss him. pic.twitter.com/Mysxjc1qJX

Email ThisBlogThis!Share to TwitterShare to FacebookShare to Pinterest
Labels: Strange But True, the National pastime, US history, You Can't Make This Shit Up

Republican Electoral Success, In a Nutshell 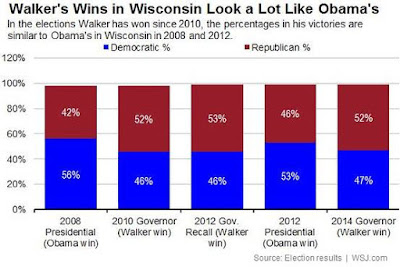 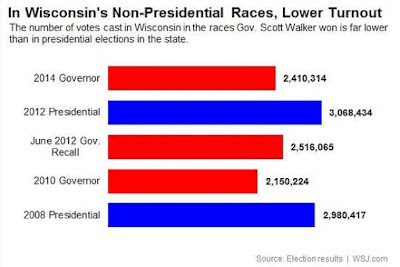 This is the real secret to Republicans winning elections, and it is why they do everything they can to suppress the vote.  Their only real chance to win the 2016 election will be if young people and non-whites stay home.
Posted by A Farmer at 6:23 PM 0 comments

In honor of my sister's birthday, which nearly coincides with the Bicentennial:

200 from Vince Collins on Vimeo.


U. S. International Communication Agency (formerly know as the Information Agency) grant project - an attempt to liven up the otherwise banal and uneventful "Bicentennial" celebration.

Email ThisBlogThis!Share to TwitterShare to FacebookShare to Pinterest
Labels: Strange But True, US history, Useless Information

The Power of Demographics

Tokyo is going to host the Olympics just before it loses the title of the world's largest metropolitan area:


Half a century ago, the Tokyo Olympics ushered in a golden age for Japan’s capital, as industrial prowess made it the largest urban complex in history. Now the games are returning to mark the end of that growth.
“This will be the final festival,” says Yasunari Ueno, 52, Tokyo-based chief market economist at Mizuho Securities Co.
In Tokyo’s Shinjuku district, the ground has been cleared for a new national stadium, surrounded by a gymnasium, swimming pools, tennis courts and a baseball arena. Elsewhere, transport systems are being upgraded and new roads, apartments and hotels are being built. The whole infrastructure upgrade could cost 2.7 trillion yen ($22 billion) and together with the games create more than 200,000 jobs, according to Mizuho Research Institute Ltd.
Yet, once the 2020 games are over, Tokyo faces a bleak future. It is one of only four cities among the 71 most-populous urban centers ranked by the United Nations that are poised to shrink between 2014 and 2030, and the other three are also in Japan. The Tokyo metropolitan area that includes contiguous cities like Yokohama will see its population drop 1.7 percent to 37.2 million, according to the UN.
By 2030, it will be neck and neck with Delhi in the competition for the world’s biggest metropolis. Last year, it was more than 50 percent bigger than the Indian city. Tokyo also faces challenges from Manila and Jakarta, both of which will have more than 30 million people in their urban areas by 2025, according to forecasts by Belleville, Illinois-based Demographia.

Unfortunately, we are seeing similar, if not quite as bad, demographic changes in the Rust Belt and rural Midwest.  The future is not bright.
Posted by A Farmer at 11:09 PM 0 comments

Email ThisBlogThis!Share to TwitterShare to FacebookShare to Pinterest
Labels: Gambling and other useful applications of math, News in the Midwest, People Don't Understand Numbers, Rust Belt, Strange But True

The United States of Beer

The United States of Beer from Drew Christie on Vimeo.

Email ThisBlogThis!Share to TwitterShare to FacebookShare to Pinterest
Labels: Beer and other gifts from God, Civil society, US history 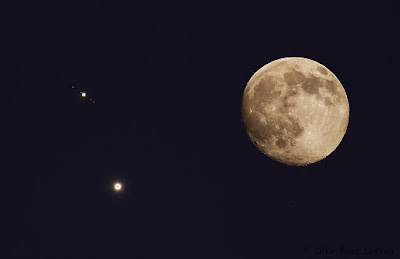 Venus and Jupiter are Close
Composite Image Credit & Copyright: Wang, Letian
Explanation: On June 30, Venus and Jupiter were close in western skies at dusk. Near the culmination of this year's gorgeous conjunction, the two bright evening planets are captured in the same telescopic field of view in this image taken after sunset from Bejing, China. As the two bright planets set together in the west, a nearly Full Moon rose above the horizon to the south and east. Imaged that night with the same telescope and camera, the rising Moon from the opposite part of the sky is compared with the planetary conjunction for scale in the digitally composited image. The full lunar disk covers an angle of about 1/2 degree on the sky. Visible as well in binoculars and small telescopes are Venus' crescent and Jupiter's four Galilean moons. Of course, Venus and Jupiter are still close.
Posted by A Farmer at 6:31 AM 0 comments