Eye of India from Benn Berkeley on Vimeo.

Email ThisBlogThis!Share to TwitterShare to FacebookShare to Pinterest
Labels: The World Doesn't Revolve Around The U.S.

Here are a few stories to read over your Easter weekend, or if you are lucky enough, spring break:

You won't believe how Nike lost Steph to Under Armour - ESPN

Ag groups pick up tab for water quality lawsuit defense - Des Moines Register. Farmers have been working hard to make sure we have to be regulated.  I just went to my fertilizer certification class which was required because of the Grand Lake St. Mary's and Lake Erie blue-green algae disasters.  This Iowa case is directly connected to those.

Ash dieback and beetle attach likely to 'wipe out' ash trees in UK, Europe - the Guardian.  Sadly, they are almost gone locally.

My Favorite Part of Easter? Satan and the Harrowing of Hell - Pacific Standard.  I remember reading a book in my Intro to Theology class which delved into this little branch of Christian thought.  It sought to explain the most inexplicable part of the Christian salvation story, why did Jesus have to come to Earth and die for our sins?

The World's Most Urgent Science Project - The Atlantic

The Secrets of the Wave Pilots - New York Times Magazine

Out Here, No One Can Hear You Scream - Huffington Post

Where Did ISIS Come From?  The Story Starts Here - Boston Globe

Forget Trump: Here's Who's Really Destroying the Republican Party - Fiscal Times.  Jim Jordan and the other Freedom Caucus nuts.  As the article mentions, my future congressman is going to join these clowns.

A Most Hated Man - The New Republic.  I don't really want to hate Ted Cruz as much as I do, but I think that as the much smarter champion of the Freedom Caucus, he is extremely dangerous.

A Bright Spot for Ted Cruz: State Capitals - Wall Street Journal.  See above two articles.  Most state legislatures are run by loons just like Jim Jordan.  For more evidence of this, look at the North Carolina transgender bathroom freakout this week.

Why Voters Will Stay Angry - Bloomberg 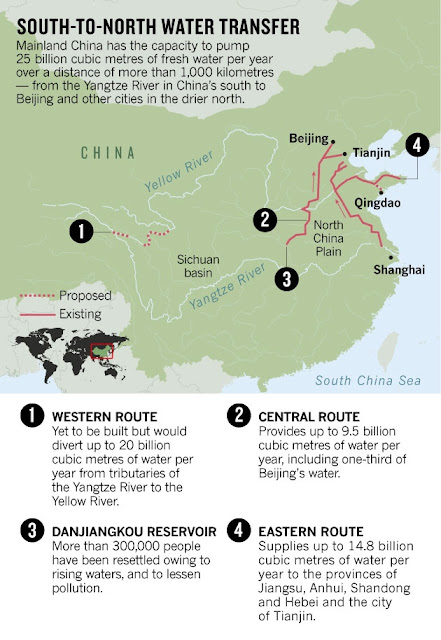 Email ThisBlogThis!Share to TwitterShare to FacebookShare to Pinterest
Labels: Ag economy, Basketball, Don't Drink the Tea, Engineering and Infrastructure, Food for Thought, Minor sports, News in the Midwest, Science and stuff, the Church, War Criminals and the Security State

Email ThisBlogThis!Share to TwitterShare to FacebookShare to Pinterest
Labels: Don't Drink the Tea, News in the Midwest, the crossroads of politics and stupidity

The United States has more breweries than at any time in history: 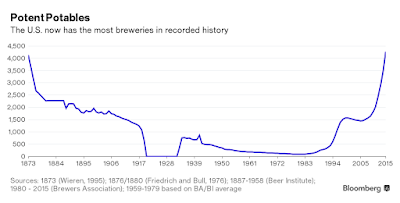 Got a hankering for a local beer? You're in luck: There are now more U.S. breweries than at any other point in recorded American history. According to data released today by the Brewers Association, there were 4,269 operating breweries in the country at the end of 2015, surpassing the previous record logged all the way back in 1873 when a lack of transportation and refrigeration meant breweries had to be local.
"Prior to the late 1800s, the market for breweries was essentially the distance a horse drawn cart could travel out and back in a day," Bart Watson, chief economist at the Brewers Association, said in an e-mail. As the invention of refrigerated railcars and pasteurization expanded the range beer could travel, the number of breweries fell rapidly. That is, until the craft beer movement came to life in the 1980s, a trend that has continued to grow for decades....
Big-name beer companies may still churn out more barrels, but small and independent breweries comprise 99 percent of the total breweries in operation by count, according to the Brewers Association. At the end of 2015, there were 2,397 microbreweries, 1,650 brewpubs and 178 regional craft breweries, preliminary data from the not-for-profit trade group show.

There's no better time to drink local.  Prosit!
Posted by A Farmer at 11:16 PM 0 comments

Email ThisBlogThis!Share to TwitterShare to FacebookShare to Pinterest
Labels: Beer and other gifts from God, Food for Thought, US history

The Drum Doctor from Media Bird on Vimeo.

It's been a little while since I've featured the aurora borealis: 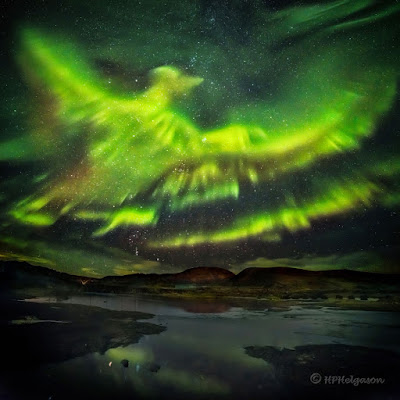 A Phoenix Aurora over Iceland
Image Credit & Copyright: Hallgrimur P. Helgason; Rollover Annotation: Judy Schmidt
Explanation: All of the other aurora watchers had gone home. By 3:30 am in Iceland, on a quiet night last September, much of that night's auroras had died down. Suddenly though, a new burst of particles streamed down from space, lighting up the Earth's atmosphere once again. This time, unexpectedly, pareidoliacally, they created an amazing shape reminiscent of a giant phoenix. With camera equipment at the ready, two quick sky images were taken, followed immediately by a third of the land. The mountain in the background is Helgafell, while the small foreground river is called Kaldá, both located about 30 kilometers north of Iceland's capital Reykjavik. Seasoned skywatchers will note that just above the mountain, toward the left, is the constellation of Orion, while the Pleiades star cluster is also visible just above the frame center. The new aurora lasted only a minute and would be gone forever -- possibly dismissed as an embellished aberration -- were it not captured in the featured, digitally-composed, image mosaic.
Posted by A Farmer at 12:07 PM 0 comments