WANDER IN TURKEY from Hang gab Lee on Vimeo.

Here are a few stories to read on a cold February weekend:

After the Fall - SBNation.  25 years after Tyson-Douglas.

Our Taste For Alcohol Goes Back Millions of Years - Scientific American

The Shape of Things to Come - The New Yorker.  A profile of Apple designer Jonathan Ive.

The Riddle of Tampa Bay - Chief Investment Officer.  On the two men who have managed Tampa's police and fire pensions for forty years.

Payday Lenders Escaped Regulation, but Now They Face the Church - Bloomberg.  It's amazing how many politicians enable stealing from the poor.  What the poor really need are churches giving out lower interest loans to undercut the payday lenders.

What ISIS Really Wants - The Atlantic.  But also see, One Thousand and One Mights - Jacob Bacharach.  The Atlantic piece had me wanting to wipe out ISIS in spite of my belief that the effort is pointless, and must be done by the Sunnis in Iraq and Syria.  It is most important as the thought-piece for the pro-war on ISIS crowd.

Scott Walker Knows How To Pick a Fight - Slate.  Dude is an asshole.  But he forces obnoxious shit through.  And he knows how to say "Reagan." 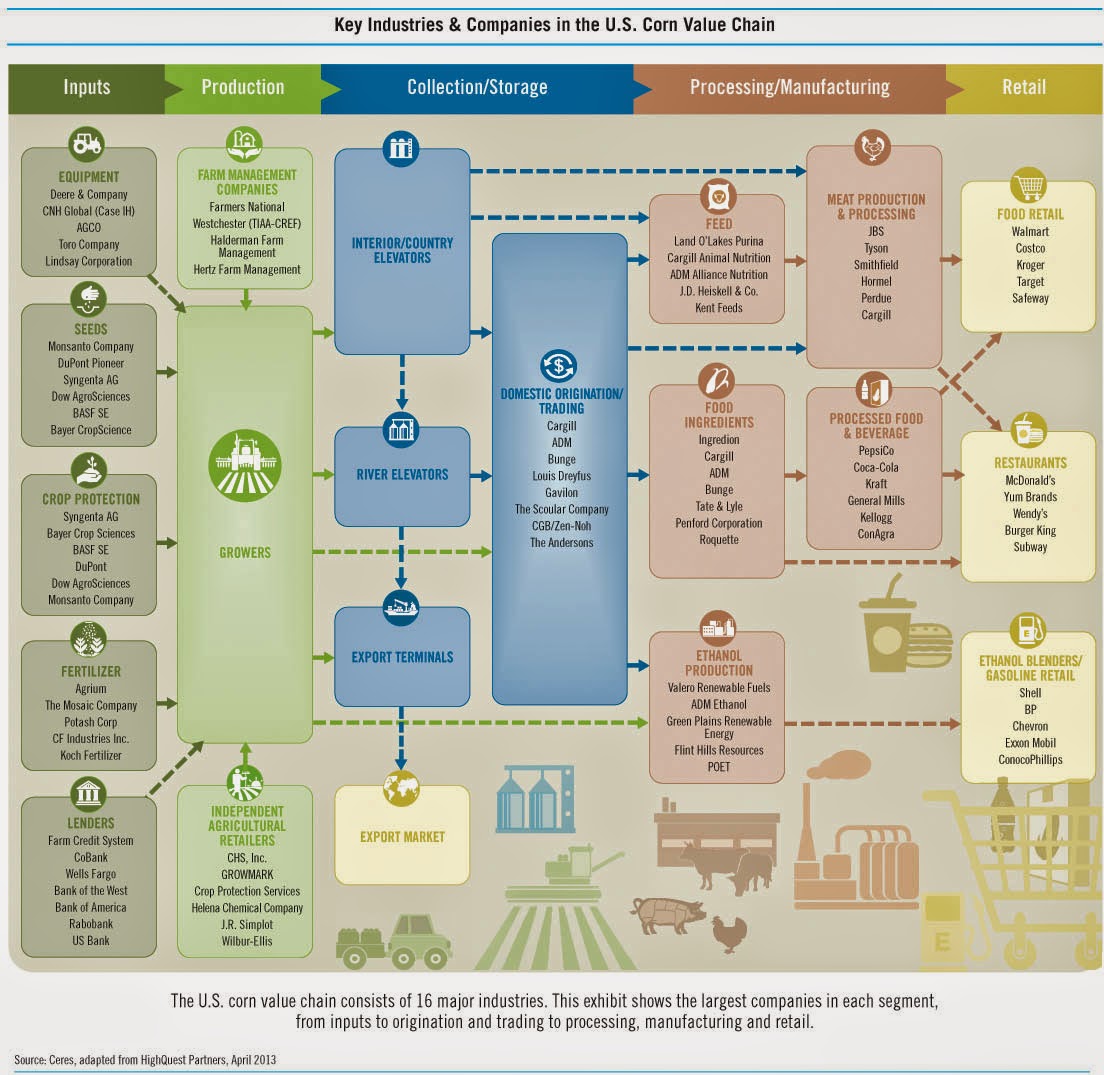 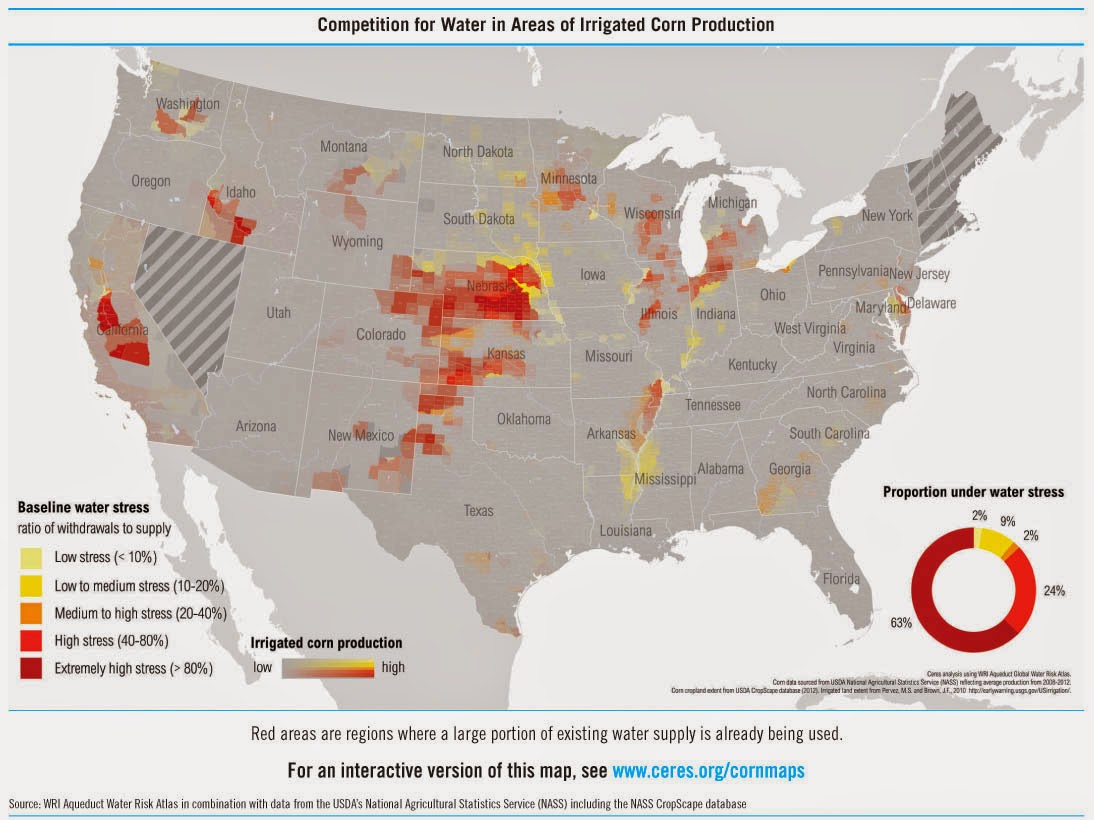 Email ThisBlogThis!Share to TwitterShare to FacebookShare to Pinterest
Labels: Ag economy, Beer and other gifts from God, Civil society, Engineering and Infrastructure, Football, Science and stuff, the crossroads of politics and stupidity, the Sweet Science

Email ThisBlogThis!Share to TwitterShare to FacebookShare to Pinterest
Labels: cool stuff, The World Doesn't Revolve Around The U.S.

Splitting the Pot Instead of Racing to the Bottom

The Atlantic has a piece looking at what makes the Twin Cities an anomaly amongst metropolitan areas, and included this interesting description of the economic development arrangement there:


And how has the city stayed so affordable despite its wealth and success? The answers appear to involve a highly unusual approach to regional governance, one that encourages high-income communities to share not only their tax revenues but also their real estate with the lower and middle classes.
In the 1960s, local districts and towns in the Twin Cities region offered competing tax breaks to lure in new businesses, diminishing their revenues and depleting their social services in an effort to steal jobs from elsewhere within the area. In 1971, the region came up with an ingenious plan that would help halt this race to the bottom, and also address widening inequality. The Minnesota state legislature passed a law requiring all of the region’s local governments—in Minneapolis and St. Paul and throughout their ring of suburbs—to contribute almost half of the growth in their commercial tax revenues to a regional pool, from which the money would be distributed to tax-poor areas. Today, business taxes are used to enrich some of the region’s poorest communities.
Never before had such a plan—known as “fiscal equalization”—been tried at the metropolitan level. “In a typical U.S. metro, the disparities between the poor and rich areas are dramatic, because well-off suburbs don’t share the wealth they build,” says Bruce Katz, the director of the Metropolitan Policy Program at the Brookings Institution. But for generations now, the Twin Cities’ downtown area, inner-ring neighborhoods, and tony suburbs have shared in the metro’s commercial success. By spreading the wealth to its poorest neighborhoods, the metro area provides more-equal services in low-income places, and keeps quality of life high just about everywhere.

Such an arrangement would auger well for every municipality, especially amongst Rust Belt cities.  Too often, the suburbs poach all the jobs and leave the central core to rot and die.  Many midwestern cities have begun to revitalize their downtowns, but 50 years of white flight, sprawl and lack of investment are extremely hard to overcome.  The whole article on the Twin Cities is interesting, because the case is made that for a region to succeed, everyone has to share in the work, and the benefits.
Posted by A Farmer at 8:18 PM 0 comments

Email ThisBlogThis!Share to TwitterShare to FacebookShare to Pinterest
Labels: Civil society, Don't Drink the Tea, News in the Midwest, The Endangered Middle Class

Meanwhile, On the West Coast 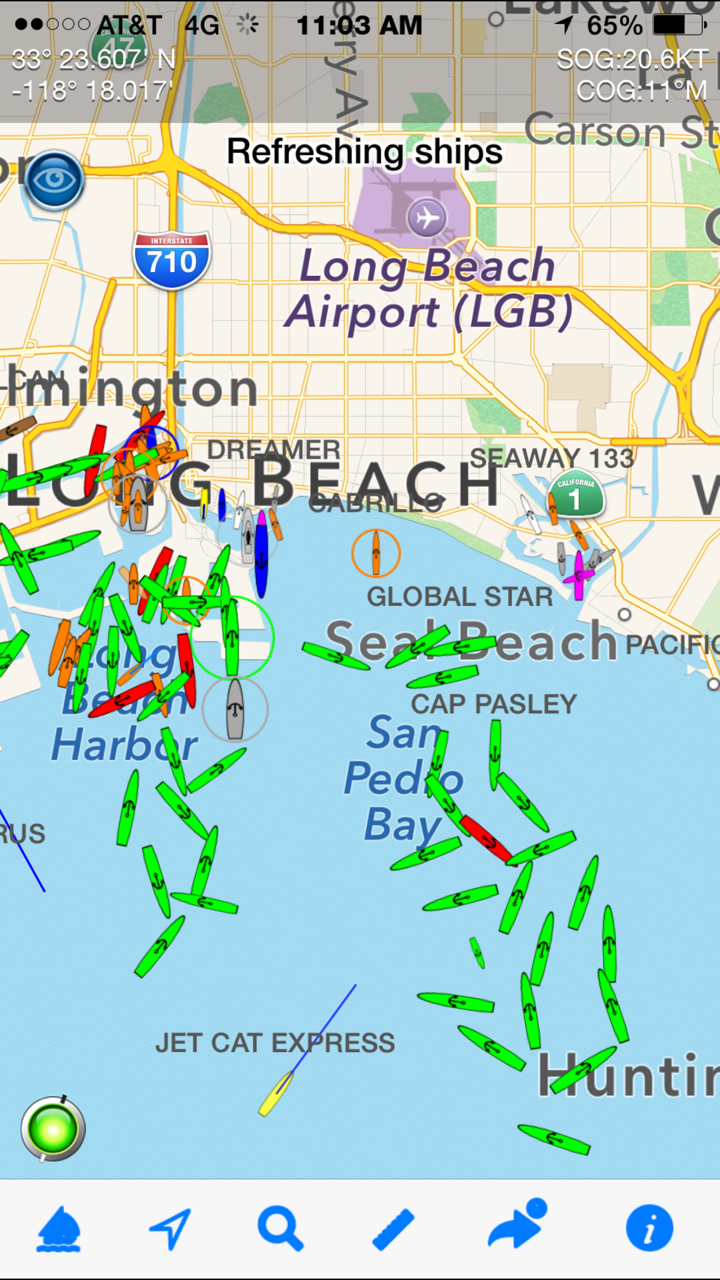 A cool map of ships anchored in the Long Beach area from Ron Schweitzer, of Long Beach, CA.

Ron captured this yesterday, on a return trip from Catalina, using the iPhone app Boat Beacon. This app shows all the big commercial vessels on your phone, and Ron wrote that he had to “thread the needle” to get back to the marina!

More on the port shutdown, and the resulting cargo backup here.
Posted by A Farmer at 9:03 PM 0 comments

Email ThisBlogThis!Share to TwitterShare to FacebookShare to Pinterest
Labels: Civil society, Engineering and Infrastructure, The Endangered Middle Class, The Pyramid Scheme of the World Economy

I hope you are enjoying the last day before Lent.  The Atlantic has a rundown of photos of Carnival celebrations around the world.  Nothing can top the spectacle of Rio: 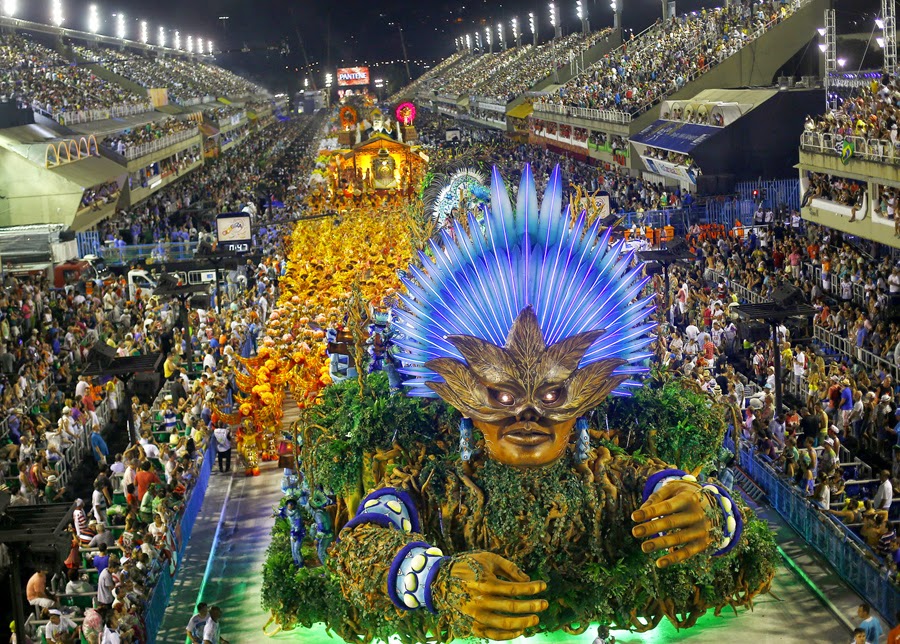 Like I said, spectacle.
Posted by A Farmer at 8:37 PM 0 comments

Email ThisBlogThis!Share to TwitterShare to FacebookShare to Pinterest
Labels: 'Tis The Season, the Church, The World Doesn't Revolve Around The U.S. 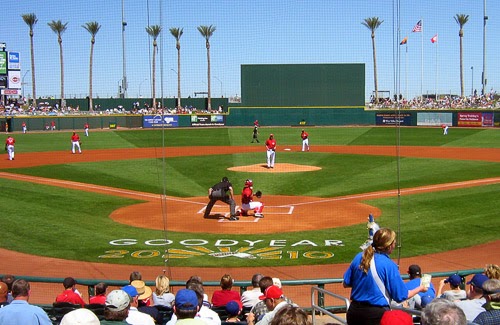 Despite the fact that the 10 day forecast shows nine of the next ten days staying below freezing, Reds pitchers and catchers report to spring training tomorrow in Goodyear, Arizona, proving that yes, this winter will end and eventually spring will arrive.  The Reds were pretty inactive during the off-season, so we probably can't expect a really good year, but as Reds fans, we're pretty used to that.  Here are a few questions the Reds will look to answer during spring training.
Posted by A Farmer at 7:59 PM 0 comments

Email ThisBlogThis!Share to TwitterShare to FacebookShare to Pinterest
Labels: 'Tis The Season, the National pastime

Email ThisBlogThis!Share to TwitterShare to FacebookShare to Pinterest
Labels: the Sweet Science 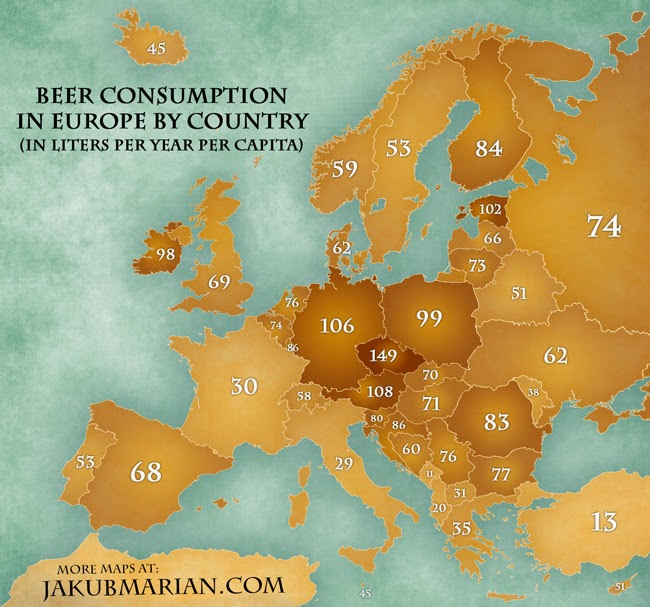 Email ThisBlogThis!Share to TwitterShare to FacebookShare to Pinterest
Labels: Across the Atlantic, Beer and other gifts from God, Do as I say not as I do


In the NBA, the apex of individual shooting is a 50-40-90 season — shooting 50 percent from the field, 40 percent on 3-pointers and 90 percent on free throws. Not many people can sustain that kind of accuracy from inside and out. Since the three-point line was adopted for the 1979-80 campaign, just six players (in 10 seasons overall) have hit 50-40-90 on their percentages.
Kyle Korver is doing his best to become the 11th. There are a handful of players within striking distance of 50-40-90, but only Korver, the Atlanta Hawks’ All-Star shooting guard, is on pace to achieve it. Korver is operating on a different plane of existence right now — shooting 51.2 percent from the field, 52.3 percent on 3-pointers and 91.1 percent from the free-throw line. He could have the first-ever 50-50-90 season.
Since the 1979-80 season, 1,184 player seasons have met the minimum benchmarks, and the overlap between their shooting percentages emphasizes just how rare the achievement is that Korver is chasing.
Korver’s performance so far became more astonishing the more I looked at the numbers. If we include him in those 1,184 player seasons (he hasn’t met the minimum benchmarks but is on pace to,barring injury), his percentages this season would rank in the 97th percentile in both field-goal percentage and free-throw percentage. His 3-point percentage would be the best of any player in the sample. If we compare those percentile ranks with the other 50-40-90 seasons, along with True Shooting Percentage, Korver has a legitimate claim to the greatest shooting season of all time.

I don't know if he can keep it up, but 52.3% from 3-point range is insane.  Especially considering he's shooting better for 3 than he is from inside the arc.
Posted by A Farmer at 8:27 PM 0 comments

Email ThisBlogThis!Share to TwitterShare to FacebookShare to Pinterest
Labels: Basketball, Strange But True

Layered Rocks near Mount Sharp on Mars
Image Credit: NASA, JPL-Caltech, MSSS
Explanation: What caused these Martian rocks to be layered? The leading hypothesis is an ancient Martian lake that kept evaporating and refilling over 10 million years -- but has now remained dry and empty of water for billions of years. The featured image, taken last November by the robotic Curiosity rover, shows one-meter wide Whale Rock which is part of the Pahrump Hills outcrop at the base of Mount Sharp. Also evident in the image is cross-bedding -- rock with angled layers -- which were likely facilitated by waves of sand. Curiosity continues to find many layered rocks like this as it continues to roll around and up 5.5-km high Mount Sharp.

Looks like shale.  If that's the case, in 20 years, somebody will be proposing fracking on Mars. That's no crazier than mining asteroids.
Posted by A Farmer at 8:24 PM 0 comments