Well, I forgot to make my NCAA hockey predictions (and saved myself from demonstrating my ignorance), but I did read a few interesting stories in the last few days (and I forgot a few links that I was planning on including in the last links):

Sisters of Sister Jean Embrace Her Loyola Team and Marvel at Her Fame – New York Times.  The Times has been all over the Sister Jean story.  I guess I'm not the only one who thinks cultural Catholics love a good nun story.

How $42K-a-year priest built mansion worth millions - Detroit News.  And this is one of the reasons there are so many cultural and not practicing Catholics.

Robots Are Trying To Pick Strawberries. So Far, They're Not Very Good At It - The Salt

Offutt's former SD farm goes all-organic for General Mills - Ag Week.  Even if farmers think it is garbage, the corporate titans are buying into organic.  In other words, the consumer is steering the ship.

American History for Truthdiggers: Were the Colonists Patriots or Insurgents? - Truthdig.  This is a question.  I have considered similar thoughts when reading about the nation's birth.

The Intellectual We Deserve - Current Affairs.  I've generally avoided the Jordan Peterson hype, but this seems like an epic takedown.

Dearborn mayor backs Ford expansion to Michigan Central Station - Detroit Free Press.  It would be amazing if this comes to fruition.

How One Houston Suburb Ended Up in a Reservoir – New York Times.  Mainly it is that the Corps didn't buy all the ground they should have, and nobody had the balls to tell developers to GTFO.

Radar images show large swath of West Texas oil patch is heaving and sinking at alarming rates - SMU Research.  This may be nothing, or it may end up being very significant.


The Democrats’ Rural Voter Problem (and How to Fix It) - The New Republic.  The argument is interesting, if flawed, but it gets at the central issue with the Democratic party: how have they ceded economically populist voters to the party of Oligarchs (it is because they have become the party of socially progressive Oligarchs)?

Everyone Tries To Dodge The Tax Man, And It Keeps Getting Easier - FiveThirtyEight.  The perfect chart for the week of National Ag Day. 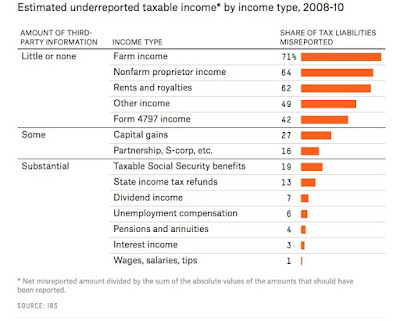 Sure, it was only 4 or 5 inches of snow, but I think that was the most we've gotten in any storm this winter, and it is no longer winter.  Anyway, I was busy imbibing on St. Patrick's Day, so it took a few extra days to find enough good stories.  Here you go:

Exploring great Indiana high school gyms - Indianapolis Star.  I hate the state of Indiana, but I do think they have some very cool basketball gyms.

For St. Patrick's Day, A True Tale Of 8 Sailors Saved By Guinness – The Salt

Catholic group offers alternative to payday lenders – Columbus Dispatch.  This is something I wanted to start up.

Attack of the extreme floods – Nature

This Father-Daughter Team Says It Has a Cheaper, Safer Way to Bury Nuclear Waste – Bloomberg

The Last Temptation – The Atlantic

Tomgram: Andrew Bacevich, A Memo to the Publisher of the New York Times – TomDispatch.  From the 15th anniversary of the Iraq war. 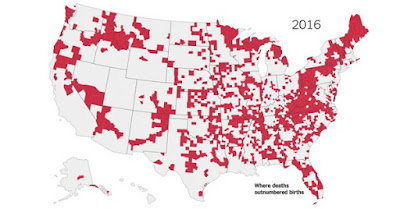 Email ThisBlogThis!Share to TwitterShare to FacebookShare to Pinterest
Labels: Basketball, Beer and other gifts from God, Civil society, Engineering and Infrastructure, Global warming, News in the Midwest, the Church, The Republican Party and other Brainwashing Cults, War
Newer Posts Older Posts Home
Subscribe to: Posts (Atom)