And it failed. Whodathunkit?

Email ThisBlogThis!Share to TwitterShare to FacebookShare to Pinterest
Labels: Bad Ideas, Don't Drink the Tea, Idiots, The Republican Party and other Brainwashing Cults, We Have a Revenue Problem, Well Packaged Bullshit

This weather is pretty frustrating, but eventually we will be hitting the fields.  Until them, here are some things to read:

In North Carolina, Hog Waste Is Becoming A Streamlined Fuel Source – The Salt

The Megafire Burning in Oklahoma - The Atlantic

The Quest for the Next Billion-Dollar Color – Bloomberg. A much more interesting article on pigments than you would expect.

The Warrior at the Mall - New York Times (h/t Kaye)

Ryan Zinke’s Great American Fire Sale – The New Yorker.  The only guy in Trump's cabinet who can give Scott Pruitt a run for his money as chief asshole. 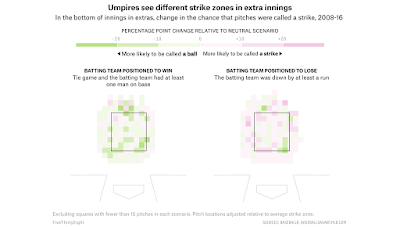 Email ThisBlogThis!Share to TwitterShare to FacebookShare to Pinterest
Labels: Ag economy, Crooks and Liars, Engineering and Infrastructure, Food for Thought, Global warming, News in the Midwest, Science and stuff, the National pastime

Here are the latest stories for you:

As dairy crisis crushes farmers, Wisconsin's rural identity in jeopardy - Dairy farmers have been getting pummeled.  I feel awful for them.

Republican Farm Bill Calls On Many SNAP Recipients To Work Or Go To School - The Salt.  Subsidies for me, but not for thee.

Texas is making billions from oil and gas drilling, but counties say rural roads are being destroyed - Texas Tribune

Be Good or Be Gone: The Legend of McSorley’s Old Ale House - Modern Drunkard.  I've never been to McSorley's.  I will need to go the next time I'm in New York.

How a Defense of Christianity Revolutionized Brain Science - Nautilus

Two Decades of War Have Eroded the Morale of America’s Troops – The Atlantic.  This is a must-read.  My position has always been that the best way to honor our troops is to not send them to be maimed or killed in pointless, unwinnable wars.

A Saudi Prince’s Quest to Remake the Middle East - The New Yorker.  The man's PR just isn't good enough to cover for what he's really up to.

Michael Cohen and the End Stage of the Trump Presidency - The New Yorker.  I don't know, almost 46% of the voters in 2016 voted for the obviously crooked businessman, I'm not sure why even more evidence that he's a crook is going to convince them they've been conned.

Trump’s Company Is Suing Towns Across the Country to Get Breaks on Taxes — “Trump, Inc.” Podcast – ProPublica.  See above for why voters won't change their opinions on this asshole.

Is It the Spending or the Taxes? Mostly the Spending, But ... – Justin Fox.  In honor of Paul Ryan's (aka Bizarro Robin Hood) retirement from robbing from the poor to give to the rich.

Amid Trade Feud, Recycling Is in Danger of Landing on Trash Pile – Wall Street Journal

Where Blue-Collar America Is Strongest - FiveThirtyEight.  This map reflects the best farm economy in a generation.  We've seen the peak, and it is going to be worse going forward. 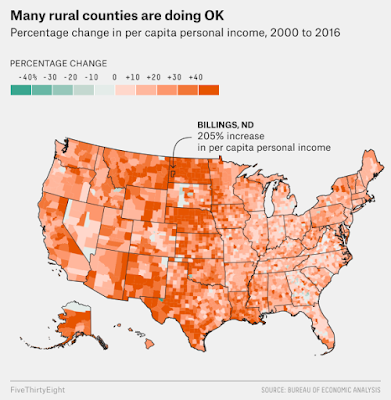