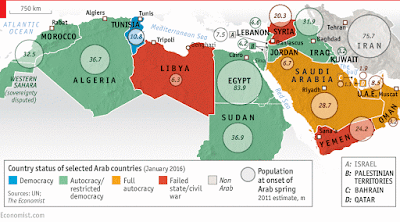 Email ThisBlogThis!Share to TwitterShare to FacebookShare to Pinterest
Labels: Food for Thought

Prison Da Vinci No. 1 Painting With Skittles from TCOLondon on Vimeo.

Who will win the Cheater Bowl in Denver?  If you don't really care, here are some stories for your enjoyment:

The Great Wight Hope - SB Nation.  This one is really crazy.

Bill Johnson, U.S. Olympic Champion, Dies at 55 - New York Times.  When I was almost 10, I wanted to be Bill Johnson.

In California, A Treasure Hunt For Gold Rush-Era Fruit and Nut Trees - The Salt

Ernst vows to fight Obama 'waters of U.S.' rule - Des Moines Register.  Farmers have no idea what they are talking about.

The Contempt That Poisoned Flint's Water - The New Yorker

The Death of the Midwestern Church - Pacific Standard.  Just another death in the midwest.

Can an Algorithm Eliminate the Unfairness of Gerrymandering? - Priceonomics

How an obscure adviser to Pat Buchanan predicted the wild Trump campaign in 1996 - The Week.  Very interesting, but I predicted the Republican party would be a clown show back in 2006, and I'm a bigger nobody than this white supremacist dude.

What Kind of Man Spends Millions To Elect Ted Cruz? - Bloomberg.  I would say an idiot or an asshole.  This guy definitely seems like the latter.

Email ThisBlogThis!Share to TwitterShare to FacebookShare to Pinterest
Labels: Ag economy, Civil society, Food for Thought, Gambling and other useful applications of math, Idiots, Minor sports, News in the Midwest, the Church, the Sweet Science


Pete Rose is headed to the Hall of Fame – the Reds Hall of Fame.
Not only that, Rose’s No. 14 will be retired this June and a statue is on the way, the team announced at a press conference Tuesday morning at Great American Ball Park. The team will honor Rose and the rest of the Big Red Machine during a three-game series against the Padres, June 24-26.
“Pete was told that in the immediate future he is probably not going to be able to (be inducted) in Cooperstown and we certainly wanted to make sure we picked up that vacuum and the commissioner gave us permission to do that,” Reds CEO Bob Castellini said. “We couldn’t be more pleased that it is now. Now is the time.”
The Reds Hall of Fame had employed the same rule that the National Baseball Hall of Fame and Museum has had since 1991, barring any players on baseball’s permanently ineligible list from induction. In December, Major League Baseball commissioner Rob Manfred denied Rose’s request to be lifted from baseball’s banned list.
The Reds Hall of Fame board of directors voted unanimously to change the bylaws and elect Rose to the team’s Hall of Fame. The board bypassed its usual selection process that involves fans and media voting to make Rose the lone inductee in 2016.
“I’m not going to sit here and say this is the second-best thing, because it’s not,” Rose said on Tuesday. “Maybe it would be if I wasn’t from Cincinnati, but I’m from Cincinnati, so this is the first big thing.”
The Reds, who had not honored Rose directly in their ballpark, will now lift the self-imposed ban. Rose’s No. 14 will join the team’s other nine retired numbers and 42 – retired across baseball for Jackie Robinson. Rose will also have a statue in his honor commissioned at some point, Castellini said on Tuesday.
Castellini said all of the Reds’ celebrations of Rose come with the blessing of Manfred and Major League Baseball.

Manfred got what he wanted, keeping Pete Rose out of the coaching ranks and preventing him from humiliating baseball with embarrassing gambling story after gambling story.  Cincinnati gets to draw in fans with events honoring Rose, which the rest of baseball can just ignore.  Pete may eventually get into the Baseball Hall of Fame, but it will only be after he is dead, and can no longer make an ass of himself.  Good for the Reds, good for Pete and good for baseball.
Posted by A Farmer at 8:32 PM 0 comments