Well, a video, from the day of the solstice:


Traces of the Sun
Video Credit & Copyright: György Bajmóczy
Explanation: This year the December Solstice is today, December 21, at 10:44 UT, the first day of winter in the north and summer in the south. To celebrate, watch this amazing timelapse video tracing the Sun's apparent movement over an entire year from Hungary. During the year, a fixed video camera captured an image every minute. In total, 116,000 exposures follow the Sun's position across the field of view, starting from the 2015 June 21 solstice through the 2016 June 20 solstice. The intervening 2015 December 22 solstice is at the bottom of the frame. The timelapse sequences constructed show the Sun's movement over one day to begin with, followed by traces of the Sun's position during the days of one year, solstice to solstice. Gaps in the daily curves are due to cloud cover. The video ends with stunning animation sequences of analemmas, those figure-8 curves you get by photographing the Sun at the same time each day throughout a year, stepping across planet Earth's sky.
Posted by A Farmer at 9:34 PM 0 comments

Here are some stories to start the year out on:

Rogue One: an 'Engineering Ethics' Story - SciFi Policy and Architects and Engineers Shove a Light Saber Through the Death Star's Bad Design - Wired, along with a speculation on real-life ethics and scientific research, The Private Heisenberg and the Absent Bomb - New York Review of Books
A Bigger Problem Than ISIS? - The New Yorker. On the potentially imminent failure of the Mosul Dam.

The Space Shuttle Challenger Explosion and the O-Ring - Priceonomics

The Ad That Moved People the Most: Bernie Sanders's 'America' - The Upshot

America's electoral college and the popular vote - The Economist. 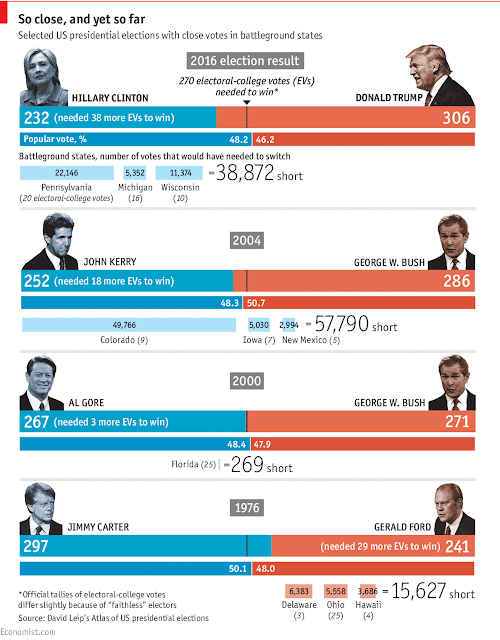 Email ThisBlogThis!Share to TwitterShare to FacebookShare to Pinterest
Labels: Beer and other gifts from God, Civil society, Engineering and Infrastructure, Food for Thought, Strange But True, the Sweet Science, US history, You Can't Make This Shit Up
Newer Posts Older Posts Home
Subscribe to: Posts (Atom)