I had a little difficulty finding many good stories, but I've got some:

Choking On Our Harvest: Threats Loom Over Global Food Trade – Bloomberg.  A lot of good graphics.

Editorial: U.S. House embarrassed itself with its mishandling of the farm bill - Omaha World-Herald.  The GOP owns this train wreck.  They had plenty of money for corporate tax cuts, but they just can't resist kicking the poor while shoveling out piles of money to farmers and rural residents.

For Future Health Policies, Trump Administration Adds a Rural Focus - Governing.  Maybe the Ohio GOP shouldn't be pushing to roll back Medicaid expansion.  I think the lack of Medicaid expansion (along with ending reimbursement for unpaid care linked to the expected expansion), as opposed to excessive regulation, led to rural hospital closures.

The Last Days of the Blue-Blood Harvest - The Atlantic

Public Demands Investigation of Why F.B.I. Infiltrators in Trump Campaign Failed to Prevent Him from Being Elected – Borowitz Report 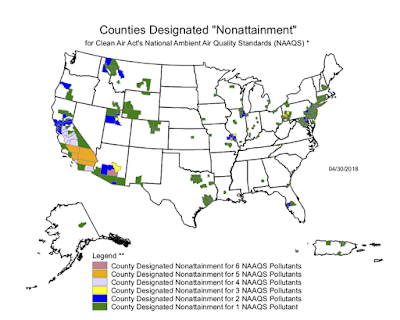