I'm going to miss the outgoing President, and am not looking forward to his successor, but here are some stories to hold your attention for a little while:

In a loaded weekend, St. Mary's-Gonzaga is a must-watch - ESPN.  The WCC is one of my favorites.

Creighton Is Good As Hell Again - Deadspin.  Another favorite.

From a basketball jones to hockey: Seth Jones is in a league of his own - The Undefeated

Rewriting the Code of Life - The New Yorker

The Trouble with Quantum Mechanics - New York Review of Books

A Man In Need - Cincinnati Magazine.

Murder in the Bayou - Pacific Standard 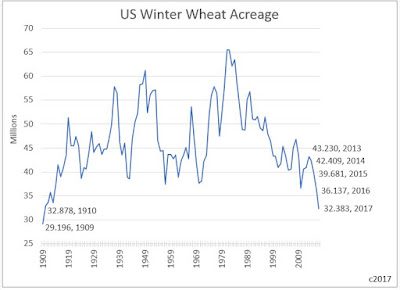 The Problem of the Wilderness

The Problem of the Wilderness from Tom Welsh on Vimeo.

Even though the college football season was over for Notre Dame back in September, the last game of the season is tonight.  Thankfully, Ohio State fans are being quiet, so I'll post a few interesting stories from the last week or so:

How Tom Izzo's wish to play at the Palestra created a magical day for Penn State - Washington Post.  I'd like to go to a Big Five game there someday.

College Football: Beer Sales Are Bigger in Texas - Wall Street Journal.  They need the Ohio State numbers in there.

How Do This Year's Blue Jackets Hold Up Against the 1992-93 Penguins? - Vice Sports

Squamscot Soda: Helping You Wash It All Down Since 1863 - The Salt

The Growing Rural-Urban Divide Around The World - The Atlantic

Why Rural America Voted for Trump - New York Times.  I'd go with that they are bad with facts and numbers, but here is another view.

The End of the Rural Hospital - Pacific Standard.  A situation which was worsened by Republican governors refusing to expand Medicaid may be made worse by the repeal of Obamacare.

This map explains the weather we had in 2016 - Washington Post.  Not exactly, because it doesn't indicate that we had a crippling drought in late June, July and early August, but it is interesting nonetheless. 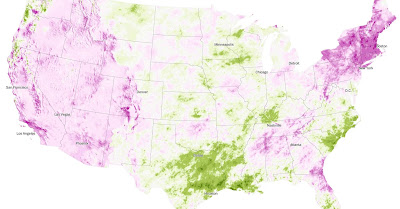