If it doesn't rain, I think we'll probably get the combine out in the field today.  Here are some stories to read while I work on that:

Reborn, on the Run - SBNation.  Definitely not an ultrarunner, but I know one.

The New Kid - The Players Tribune

87 of 91 Former NFL Players Autopsied Show CTE - Deadspin.  The future of the NFL is getting cloudy.

What Professions Are Most Likely To Marry Each Other? - Priceonomics.  Farmers.

It's Time To Get Serious About Reducing Food Waste, Feds Say - The Salt.  133 billion pounds of food a year in the United States?  Holy shit.

How Playing the Long Game Made Elizabeth Holmes a Billionaire - Inc. Magazine.  A comparison with Steve Jobs is a negative in my book,

An American Void - Washington Post.  Wow, that is scary.

Why the Best War Reporter in a Generation Had to Suddenly Stop - Esquire, and The Road to Damascus - Texas Monthly

Carly Fiorina and Donald Trump are both right: They're both pretty terrible at business - Quartz.  I thought it was funny that David Brooks commented about how strong Carly Fiorina has appeared in the Republican debates even though she was a very weak debater in the California senate race.  In the land of the blind, the one-eyed man is king.

Kasich: Help Hispanics by tipping the hotel maid? - Columbus Dispatch.  This man should never speak extemporaneously.  If he is the great Republican Establishment Hope, expect endless gaffes when the media spotlight hits.

Detroit: Then and Now - Marketplace.  I don't know how Maraniss's book about Detroit is, but if it is half as good as "They Marched into Sunlight," it's pretty damn good. 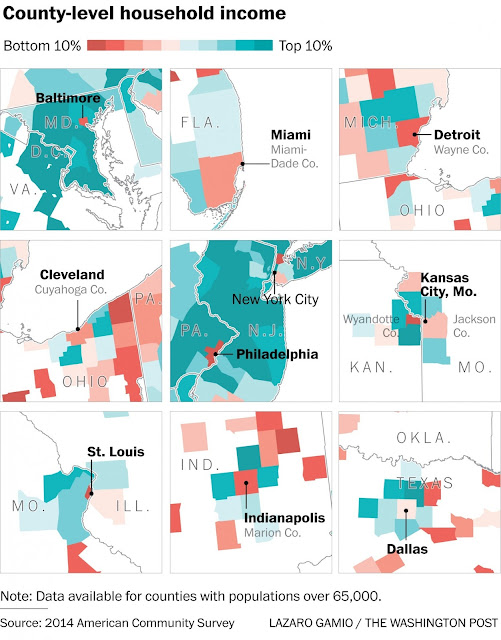 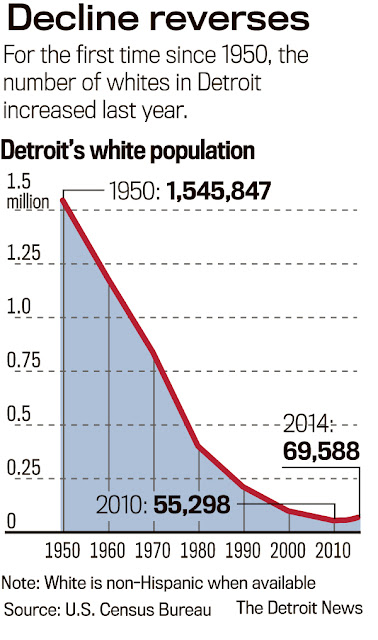 The Drought in Queensland

As part of a Bloomberg series on drought in Australia, California and Brazil, we get a brutal story about the impact of drought on the cattlemen of Queensland:

The drought in Queensland has made grass so scarce that ranchers are felling trees. Not just any tree. Their tractors take down mulgas, a type of acacia found in the Australian outback, spreading the foliage on the ground for cows to graze on. The mulga’s leaves are soft and easy to digest. But sometimes the cows don’t have that luxury. To make sure the herds eat and keep their weight up, the ranchers have also set up blocks of minerals for the animals to lick. The chemicals are nutritious and act as an appetite stimulant, compelling the cows to feed on available vegetation they would normally not touch—bushes and spiny plants.
Australia emerged from the Great Millennium Drought in 2012, when it was officially declared over. That environmental catastrophe began in Queensland in the mid-1990s and, despite the end of the long, bad dry spell for the nation as a whole, there’s been no relief for much of the rural part of the immense northeastern state. About 80 percent of its territory remains affected by water shortages, putting particular stress on the center of Australia’s cattle industry.
Ranchers are changing nearly all aspects of their business. To keep their stock manageable, they’re culling herds, planning to slaughter a record number of cows this year. More than 9 million were slaughtered in 2014, and of that number almost half were killed in Queensland. That means ranchers must try to find new markets to sell the meat without driving down prices. Currently, Australia supplies more than a third of the beef imported by the U.S.
With rain a rarity over most of Queensland, ranchers have been pulling up water from the Great Artesian Basin—the world’s largest subterranean aquifer, which is increasingly regulated by drought-sensitive Australia. The small pools of groundwater pumped up from the basin have attracted kangaroos and wild dogs. The ranchers say the kangaroos—as many as 10,000 on a single property—compete with the cows for grass, and that the dogs—crossbreeds between the domesticated species and dingoes—attack the cattle. Ten kangaroos, they claim, eat as much grass as a single cow; and a cow wounded in a dog attack has less value when brought to market. So the ranchers have been killing kangaroos and dogs.

The photos are just brutal.  It saddens me that the farmers who are in the vanguard of climate change denial are going to be amongst the people who are most impacted.
Posted by A Farmer at 10:00 PM 0 comments

As my old boss expected, I just have to post this chart: 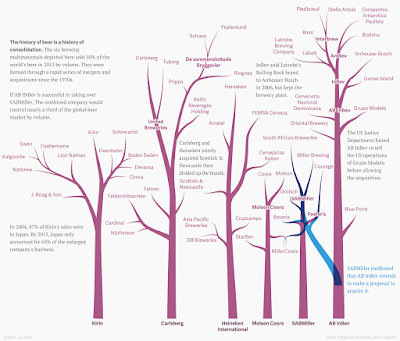 My expectation is that the Miller family of beers (including family black sheep Milwaukee's Best) will go to MolsonCoors in order to satisfy the antitrust regulators.
Posted by A Farmer at 9:38 PM 0 comments

Email ThisBlogThis!Share to TwitterShare to FacebookShare to Pinterest
Labels: Beer and other gifts from God, Smaller is Better, The rich get richer

I'm not a fan of Reagan, but this is interesting when compared to today's Republican party:

Email ThisBlogThis!Share to TwitterShare to FacebookShare to Pinterest
Labels: Don't Drink the Tea, Jerks, The Republican Party and other Brainwashing Cults, Things I Don't Understand

To Scale: The Solar System

To Scale: The Solar System from Wylie Overstreet on Vimeo.

Email ThisBlogThis!Share to TwitterShare to FacebookShare to Pinterest
Labels: Bad Ideas, Idiots, the crossroads of politics and stupidity, The Republican Party and other Brainwashing Cults

More Cowbell!
Posted by A Farmer at 9:44 PM 0 comments

Email ThisBlogThis!Share to TwitterShare to FacebookShare to Pinterest
Labels: Bad Ideas, Don't Drink the Tea, Idiots, the crossroads of politics and stupidity, The New Gilded Age, The rich get richer, Things I Don't Understand

Portrait of a Skier


Portrait of a Skier from Andy Lloyd on Vimeo.
Posted by A Farmer at 9:28 PM 0 comments

Email ThisBlogThis!Share to TwitterShare to FacebookShare to Pinterest
Labels: Fun, Land of Oz 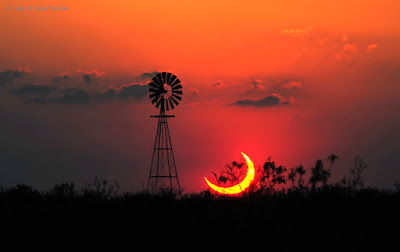 A Partial Solar Eclipse over Texas
Image Credit & Copyright: Jimmy Westlake (Colorado Mountain College) & Linda Westlake
Explanation: It was a typical Texas sunset except that most of the Sun was missing. The location of the missing piece of the Sun was not a mystery -- it was behind the Moon. Featured here is one of the more interesting images taken of a partial solar eclipse that occurred in 2012, capturing a temporarily crescent Sun setting in a reddened sky behind brush and a windmill. The image was taken about 20 miles west of Sundown, Texas, USA, just after the ring of fire effect was broken by the Moon moving away from the center of the Sun. Today a new partial solar eclipse of the Sun will be visible from Earth. Unfortunately for people who live in Texas, today's eclipse can only be seen from southern Africa and Antarctica.
Posted by A Farmer at 6:06 AM 0 comments