Email ThisBlogThis!Share to TwitterShare to FacebookShare to Pinterest
Labels: Gambling and other useful applications of math, People Don't Understand Numbers

A Lot of Happy Trees

FiveThirtyEight analyzes the work of painter Bob Ross on "The Joy of Painting": 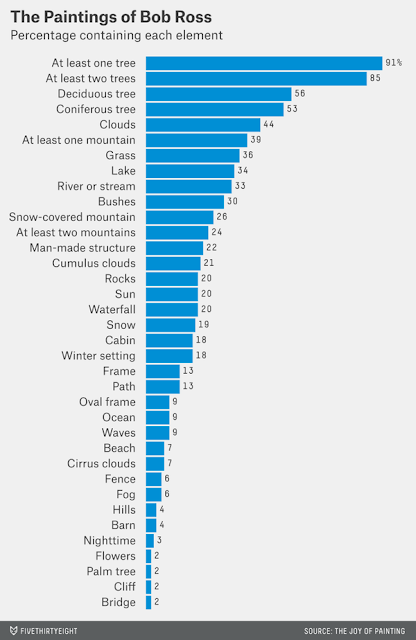 Email ThisBlogThis!Share to TwitterShare to FacebookShare to Pinterest
Labels: Gambling and other useful applications of math, Strange But True 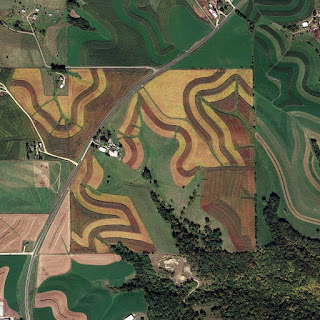 
Artists like to say they think outside the box. The anonymous photographer behind The Jefferson Grid is all about the box.
Well, the square, actually. His oddly addicting Instagram account is a steady stream of Google Earth screengrabs, each revealing an area covering exactly one square mile. It provides a riveting glimpse of landscapes that may look ordinary, even boring, from the ground while providing an easily grasped sense of scale.
The title is inspired by the top-down planning system established by the Land Ordinance Survey of 1785, which divvied up the vast prairies of the midwest into a neatly ordered checkerboard. Each parcel of land, suddenly defined by unnatural borders, began taking on a life all its own. “It’s fascinating that a survey system invented more than 200 years ago still affects the way things are organized and the way people live,” the photographer says.

Yes, the rectangular survey system has definitely left its mark on America.
Posted by A Farmer at 9:15 PM 0 comments

Email ThisBlogThis!Share to TwitterShare to FacebookShare to Pinterest
Labels: Civil society, Gambling and other useful applications of math, News in the Midwest, US history

After nine days of work, the rain held up harvest.  I guess I'll try to catch up on the weekend's work with a few stories you can check out:

Investors are Mining for Water, the Next Hot Commodity - New York Times

The Art of Handling a PR Implosion - Priceonomics

The West is on fire - and the U.S. taxpayer is subsidizing it - The Conversation

Oh Canada! Four in Ten Americans Want Wall on Northern Border - Bloomberg.  Damn, there are a shit-ton of stupid people out there.

The Fight for the Soul of the Republican Party - Bloomberg.  What soul? Good thing idiots wasn't a category in this poll: 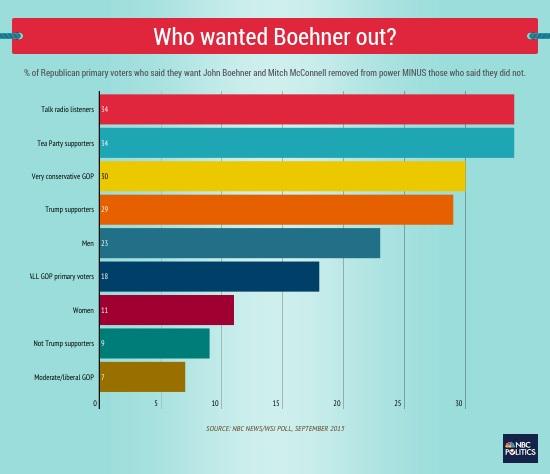