When A Town Runs Dry

In the Central Valley:


When A Town Runs Dry from Go Project Films on Vimeo.

Ineqality Chart of the Day 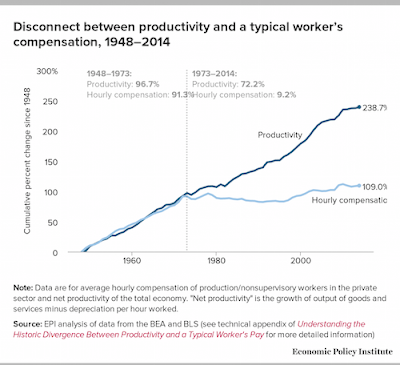 Email ThisBlogThis!Share to TwitterShare to FacebookShare to Pinterest
Labels: Don't Drink the Tea, Happy Days Aren't Here Again, The Endangered Middle Class, The Pyramid Scheme of the World Economy, The rich get richer

Yeah, I should have posted these over the weekend, but I was feeling lazy.  Here are a few good stories I came across:

The Rise and Fall of Ultimate Fighter Conor McGregor - The Atlantic

GMOs Are Safe, But Don't Always Deliver On Promises, Scientists Say - The Salt.  That's because making money off of lazy farmers is much more of a motivator than actually helping humanity.  See Roundup Ready soybeans.

Why Did the FSA Damage These Incredible Depression-Era Photos? - Slate

Inside the Country's Most Controversial Company - Mother Jones.  Tom Philpott inside the belly of the beast, Monsanto.

Quality Farms to establish firstSoutheast presence in Marion County - South Carolina Department of Commerce.  Old, but what a weird and interesting business.  The mention was in this story about a beer distributorship in Indianapolis.

How Bad Biology is Killing the Economy - Evonomics

How Typography Can Save Your Life - ProPublica

How Do You Put Out A Subterranean Fire Beneath a Mountain of Trash? - FiveThirtyEight.  A friend's dad was a landfill fire extinguishing expert, but I think that was the near surface fires.

From belief to outrage: The decline of the middle class reaches the next American town - Washington Post

The alt-right's demographic nightmare - Scott Sumner.  Kind of funny, but my idea of a dystopian future IS the United States being like Texas.  Not because of the Hispanics, mind you. 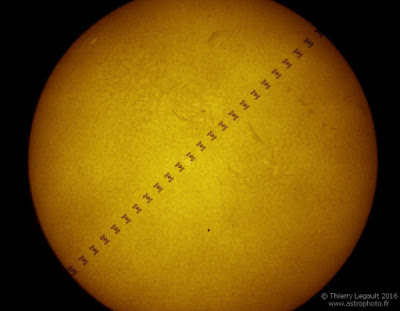 ISS and Mercury Too
Image Credit & Copyright: Thierry Legault
Explanation: Transits of Mercury are relatively rare. Monday's leisurely 7.5 hour long event was only the 2nd of 14 Mercury transits in the 21st century. If you're willing to travel, transits of the International Space Station can be more frequent though, and much quicker. This sharp video frame composite was taken from a well-chosen location in Philadelphia, USA. It follows the space station, moving from upper right to lower left, as it crossed the Sun's disk in 0.6 seconds. Mercury too is included as the small, round, almost stationary silhouette just below center. In apparent size, the International Space Station looms larger from low Earth orbit, about 450 kilometers from Philadelphia. Mercury was about 84 million kilometers away. (Editor's note: The stunning video includes another double transit, Mercury and a Pilatus PC12 aircraft. Even quicker than the ISS to cross the Sun, the aircraft was about 1 kilometer away.)
Posted by A Farmer at 10:48 PM 0 comments