More stories for you, as I avoid working in the heat:

Ashes of an industry: A Pennsylvania tradition is dying, one baseball bat at a time - Philadelphia Inquirer

When North Dakota Farmers Blew up Partisan Politics - Zocalo Public Square.  Nonpartisan League.  I knew North Dakota has a State Bank.  I didn't realize they have an elevator and flour mill.

The Failed State of Franklin - ThoughtCo

The bishop and the brothels – Wellcome Collection

Farm Bill Targets Food Stamps -- But Not Handouts to Well-Off Farmers – Governing.  For Republicans, that is a feature, not a bug.

Lone Star Rising - Fortune.  Fracking in the Permian Basin.  The avoidance of Peak Oil means we will probably drill until the climate is completely wrecked.  It might be a good think I don't have kids.


The preventable tragedy of D’ashon Morris – Dallas Morning News.  Think of this when you hear Republicans say they are pro-life.

These Harvard Kids Got The Lesson of Their Lives in the Heartland - New York Post.  A noble effort, but I don't know how much can be gleaned by these junkets.

The Strange Case of the Missing Joyce Scholar – New York Times.  The line between genius and madness is often blurry. 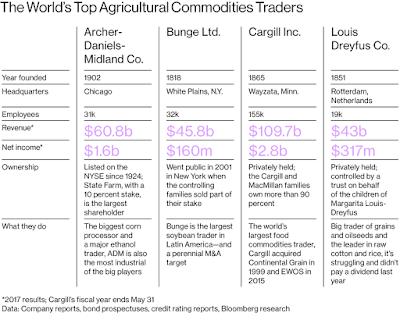