Email ThisBlogThis!Share to TwitterShare to FacebookShare to Pinterest
Labels: Engineering and Infrastructure, News in the Midwest, You Can't Make This Shit Up

More stories for you:

The Mobster Who Bought His Son a Hockey Team – The Atlantic.  This is as good as it sounds.

ESPN Fawns Over The Intelligence Of Trevor Bauer, Who Is A Big Dumb Asshole - Deadspin.  I really have no opinion about Trevor Bauer, but this made me laugh, and the twitter exchange is amazing.

Yangxiang aims high with sows on many floors – Pig Progress.  I have no idea if this is true, but if it is, it sounds like a horror show.

Remembering the ‘Spooky Wisdom’ of Our Agrarian Past – The American Conservative.  I still don't think the phase of the moon has anything to do with setting fence posts.

The Key to Everything - New York Review of Books

The Renegade Sheriffs – The New Yorker

Church of the Donald – Politico and Maybe It’s Time to Admit That The “Grotesque Caricature” of White Evangelicals is the Reality - Religion Dispatches.  These bother me more than most things Donald.

Why Trump Gets Away With Lying – Bloomberg.  This makes an important point.  I have a hard time talking about Trump without saying, "dumbfuck" or "suckers," but that isn't going to sway any of his supporters, and probably will just make them dig in their heels deeper.  That's a challenging situation that requires more of me (and is one of the reasons I haven't written much about Trump).

The Reinvention of America – James Fallows.  He's more optimistic than I am, but that is a good thing (honestly, it is often hard to be more pessimistic than me).

This animal kills more people in a day than sharks do in a century – Gatesnotes.  Trump is far from alone when it comes to freaking out about sharks. 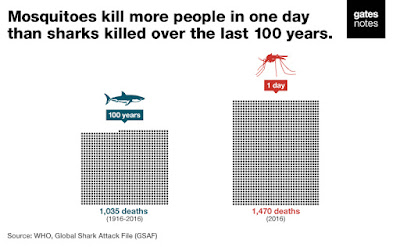 A reminder for #EarthDay that our planet’s temperature is rising pic.twitter.com/68ktAHUYjI

More stories for your perusal:

The Man Who Brought Down Lance Armstrong – The Atlantic

Canary in the Coal Pond - Propublica

Engineers Are Leaving Trump’s America for the Canadian Dream – Bloomberg.  MAGA is effectively MAWA.  No greatness about it.

Palantir Knows Everything About You – Bloomberg

Ranked: The Best and Worst State Economies - Visual Capitalist.  If there is a correlation between tax rate and ranking, it appears to be a positive correlation. 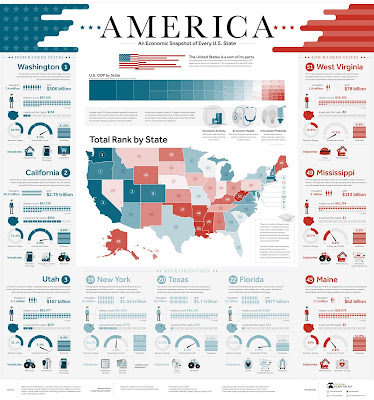