More good reads for you:

California is turning farms into carbon-sucking factories – Grist.  Farmers might be in for fighting climate change if it means more sweet, sweet government handouts.

Warming Waters Push Fish To Cooler Climes, Out Of Some Fishermen's Reach – The Salt

The 9.9 Percent Is the New American Aristocracy - The Atlantic.

The Untold Story of Robert Mueller's Time in Combat - Wired.  Who would you rather your children turn out like: Robert Mueller or Donald Trump?  If you said Trump, I sure hope you don't have kids.

Sulfur Dioxide Damages Lungs, and Scott Pruitt Is Letting More of It in Our Air – Mother Jones  It is ridiculous that existing plants sometimes never have had to meet most environmental regulations.

Too Big To Fine, Too Small To Fight Back – Texas Observer.  Sometimes it seems when Republicans are in charge they really work to make government the enemy.

Which Poor People Shouldn’t Have to Work for Aid? – The Upshot.  I'll give you one guess.  More on Michigan's plan for letting rural poor folks stay on Medicaid without meeting work requirements.

‘Blue Wave’ Has Been a Trickle Outside Largest Cities - The Daily Yonder.  Yes, rural areas are responsible for Trump.

Trump vs. “The Deep State” – The New Yorker.  More like Trump vs. competent governance.

A Wildfire Likely Spawned a Severe Thunderstorm in Texas – DAMWeather

We had a number of setbacks that ate up a few perfectly fine days, but the weather was extremely cooperative, and everything is in the ground.  While we were working on it, I came across some stories I thought were interesting:

Who is basketball's GOAT - Lebron James or Michael Jordan - Boston Globe and Cavaliers are surviving in the playoffs despite the dilemma of LeBron James' rest - ESPN.  I'm extremely biased, but I think Lebron would be the best teammate to play alongside.

Maple Syrup Cartel Has a Plan to Cover Shortfall - Bloomberg.  I can't get enough of the maple syrup cartel and their strategic maple syrup reserve.

The Colonel In The Kitchen: A Surprising History Of Sous Vide - The Salt

How the 50-mm Lens Became ‘Normal’ - The Atlantic

The water war that will decide the fate of 1 in 8 Americans – Grist.  People who move to the desert southwest are insane.

Tech Envisions the Ultimate Start-Up: An Entire City – The Upshot.  Umm, no thanks.  I'm not sure how Beta versions of cities would work.

Kansas' Medicaid Data Is So Bad, Analysts Can't Even Tell If It's Working - Governing.  Kansas is pretty much Republican "governance" in its purest form.

Trump is no longer the worst person in government - George Will.  On Mike Pence. Let's not get crazy, George.  Both suck in tremendously different ways. 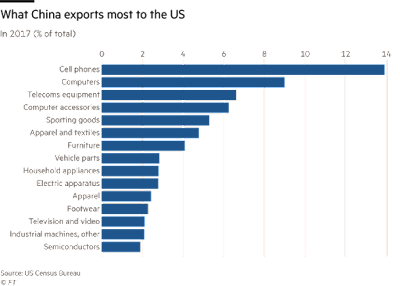 Email ThisBlogThis!Share to TwitterShare to FacebookShare to Pinterest
Labels: Basketball, Didn't Know That, Engineering and Infrastructure, Food for Thought, Other Parts of North America, Science and stuff, the Church, The rich get richer
Newer Posts Older Posts Home
Subscribe to: Posts (Atom)