Well, it's hot and the forecast looks bad for finishing first-cutting hay.  Here are some interesting stories to check out:

Make Way for Rose Lavelle - Cincinnati Magazine.  I'm not exactly a soccer fan, but this is pretty engagingly written.

Where Have You Gone, Secretariat? - FiveThirtyEight

The secret life and death of a hockey analytics pioneer - ESPN

Mighty Farming Microbes:Companies Harness Bacteria To Give Crops A Boost - The Salt

What It's Like To Be Declared Dead by the Government - priceonomics

You're About to See an Incredibly Rare Cloud, and It's Proof the Climate Is Changing - Bloomberg

NBA Finals: All The Champions Since 1947 -  Dadaviz 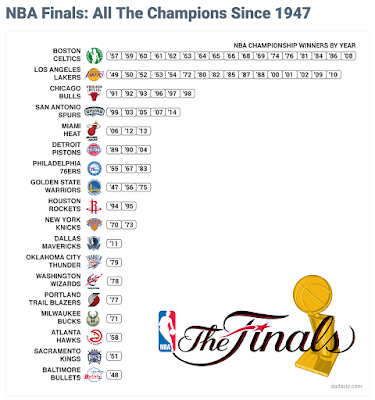 There is some amazing stuff in this Reveal story:


The sinking is starting to destroy bridges, crack irrigation canals and twist highways across the state, according to the U.S. Geological Survey.
Two bridges in Fresno County – an area that produces about 15 percent of the world’s almonds – have sunk so much that they are nearly underwater and will cost millions to rebuild. Nearby, an elementary school is slowly descending into a miles-long sinkhole that will make it susceptible to future flooding.
Private businesses are on the hook, too. One canal system is facing more than $60 million in repairs because one of its dams is sinking. And public and private water wells are being bent and disfigured like crumpled drinking straws as the earth collapses around them – costing $500,000 or more to replace.
The sinking has a technical name: subsidence. It occurs when aquifers are drained of water and the land collapses down where the water used to be.
The last comprehensive survey of sinking was in the 1970s, and a publicly funded monitoring system fell into disrepair the following decade. Even the government’s scientists are in the dark...
Sneed and her boss at the U.S. Geological Survey, Claudia Faunt, have tried reaching out to various government agencies and private businesses to warn them and inquire about the extent of damage being done to infrastructure.
“We tried calling the railroads to ask them about it,” Faunt said. “But they didn’t know about subsidence. They told us they just fixed the railroads and categorized it as repair.”
Thousands of miles of highways snaking through the state also are being damaged, she said.
“They go to repair the roads, but they don’t even know it’s subsidence that is causing all the problems,” Faunt said. “They are having to fix a lot because of groundwater depletion.”
A spokeswoman for the state Department of Transportation said the agency does not track costs related to subsidence and was not aware of any current bridge repairs resulting from it.
But Faunt pointed to the Russell Avenue bridge that crosses the Outside Canal in the Central Valley. It sank during two previous droughts – one in the late 1970s and then again between 1987 and 1992. Now with the current sinking, the 60-year-old bridge is almost totally submerged by canal water.
Down the road about a mile, Russell Avenue crosses another irrigation canal, the Delta-Mendota Canal. That bridge is sinking, too, and now is partially submerged in water. Plans to replace it are estimated to cost $2.5 million, according to an estimate by the Central California Irrigation District.

Cheap food, huh?  One would think that after figuring this out before, folks might have been keeping an eye on this.  One would be wrong.

The robots may be coming for our jobs, but they aren't going to get them all yet.
Posted by A Farmer at 7:14 AM 0 comments 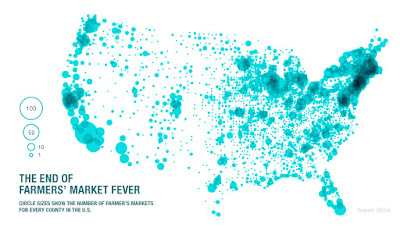 After decades of hypergrowth the proliferation of farmers’ markets in the U.S. appears to have finally plateaued. The number of markets in the USDA directory ticked up just 1.5% last year, to 8,268, after 19 years of 19% average annual growth. But that doesn’t mean the country’s $11.7 billion appetite for local food is abating. “There’s no question it’s a broader adoption,” Agriculture Secretary Tom Vilsack tells Fortune. Grocery stores, restaurants, and schools are buying more local food than ever, which means “more stable” sales for farmers, Vilsack says. Plus easier access for diners. The locavore is officially mainstream.

I actually think we haven't hit saturation locally, but I could be wrong.

Jordan from the Air

Jordan from the Air from Matador Network on Vimeo. 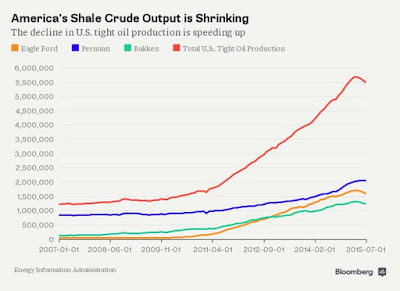 Crude output from the prolific tight-rock formations such as North Dakota’s Bakken and Texas’s Eagle Ford shale will shrink 1.3 percent to 5.58 million barrels a day this month, based on Energy Information Administration estimates. It’ll drop further in July to 5.49 million, the lowest level since January, the agency said Monday.
With the Organization of Petroleum Exporting Countries maintaining its own oil production, U.S. shale is coming under pressure to rebalance a global supply glut. EOG Resources Inc., the country’s biggest shale-oil producer, hedge fund manager Andrew J. Hall and banks including Standard Chartered Plc have forecast declines in U.S. output following last year’s plunge in crude prices. The nation was still pumping the most in four decades in March.
“Production has to come down because rigs drilling for oil are down 57 percent this year,” James Williams, president of energy consultancy WTRG Economics, said by phone Monday from London, Arkansas. “Countering that is the fact that the rigs we’re still using are more efficient and drilling in areas where you get higher production. So that has delayed the decline.”

The next few months will be very interesting.
Posted by A Farmer at 5:36 AM 0 comments


On May 27, the tallest grain silo ever moved was transported approximately 300 yards on Kreider Farms in Manheim, Pa. From its new location, the 100-ft.-tall, 480,000-lb. silo will serve as an observation tower overlooking the Lancaster County countryside. The ribbon cutting for the tower is scheduled for fall 2015.
“The observation tower will be an addition to our farm’s tour,” said Ron Kreider, president and CEO of Kreider Farms. “It’s another way we try to educate the public about the importance of agriculture in our society. We’ve been giving tours of our farm for 10 years, and they are very popular with school children and adult groups.”
The move was handled by Wolfe House & Building Movers in Bernville, Pa. The company, which moves well over 100 homes per year, had never moved a silo of this size, and it is thought that the Kreider silo was the largest cylindrical silo ever moved in American history.
The silo was transported using a huge hydraulic dolly with more than 60 wheels. Brackets were bolted to the silo and supported by steel beams on top of the dolly. The silo moved at about two feet per minute, and the entire relocation lasted a little more than three hours – about half the expected time.

That would have been a nerve-wracking three hours.
Posted by A Farmer at 6:33 PM 0 comments 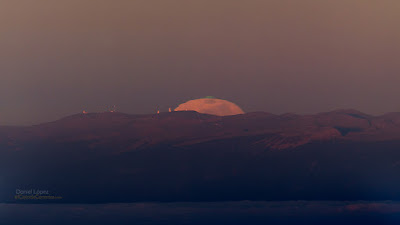 Green Flash at Moonrise
Image Credit & Copyright: Daniel López (El Cielo de Canarias)
Explanation: Follow a sunset on a clear day against a distant horizon and you might glimpse a green flash just as the Sun disappears, the sunlight briefly refracted over a long sight-line through atmospheric layers. You can spot a green flash at sunrise too. Pinpointing the exact place and time to see the rising Sun peeking above the horizon is a little more difficult though, and it can be harder still to catch a green flash from the fainter rising Moon. But well-planned snapshots did record a green flash at the Full Moon's upper edge on June 2nd, from the Roque de los Muchachos Observatory on the Canary Island of La Palma. Looking a little south of due east, this long telephoto view finds the rising Moon above mountains and a sea of clouds. In sunlit profile are the mountaintop Teide Observatory telescope domes on the island of Tenerife some 143 kilometers away.
Posted by A Farmer at 10:11 PM 0 comments

Yeah, I'm a little behind this weekend, but, hey, I got to see American Pharoah win the Triple Crown.  Here are some interesting stories I came across this last week:

American Pharoah's Dad to Make the Real Money for Owner Zayat - Bloomberg and American Pharoah is a Superhorse, but He's No Secretariat - FiveThirtyEight

It's Raining Nitrogen in a Colorado Park.  Farmers Can Help Make It Stop - The Salt

What do they really put in scrapple? - Lancaster Online

This is the Story of the Hamburger - Grub Street

Mystery of the Texas 'earthworm herds' that form a perfect line on roads: Scientists baffled by strange behavior since storms - Daily Mail

Out of Spite: The Governor of Nebraska's Threat to Execute Prisoners - The Atlantic.  This, along with funding idiot Republican candidates and fucking up Wrigley Field to squeeze more money out of fans are reasons I can't stand the Ricketts family.  Nebraska, you get the asshole you elected.

Why Has America Stopped Winning Wars? - The Atlantic.  Because we pick unwinnable ones to fight?  It is notable that the only one we've won since World War II is the one the idiots who led us into the Iraq debacle considered a screwup.

The Most Urbanized States in America - priceonomics 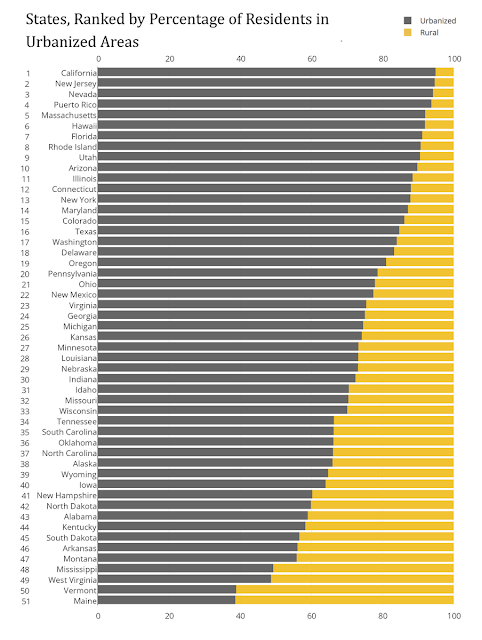