I had one of those humbling moments today at work.  One of the shop supervisors had been asking me for a procedure for how to puncture aerosol cans for proper disposal with our can piercing device.  I knew we'd had some kind of written directions, but I couldn't find them in the computer system.  Then, the safety consultant sent me a picture showing some aerosol cans in a scrap hopper that hadn't been punctured.  I was kind of ticked off that the guys in the shop hadn't been puncturing the cans with the can piercer, and decided to head out that way, figure out the process, and then write up a procedure so it would get done correctly.

I headed over to where the scrap hopper was, found a few cans that hadn't been punctured, and hauled them over to the can piercer.  I punctured the first couple, then loaded in one can that was about half-full.  I pulled down the lever, and nothing happened.  I slowly backed off the handle, and suddenly the can flew up, struck the top of the cabinet the waste barrel was in, and bounced around, all while spewing paint everywhere.  My arms were covered, my glasses had spatter on them, and the buttons of my shirt were noticeably blue.  I'd forgotten to put the covering lid over the end of the can before I punctured it.  I pretended nothing had happened, and didn't even look around to see if anybody had noticed.  I quickly went to clean up and tried to not let on that I'd been so dumb.  After getting the mess under control, I headed back to my cubicle.

Back in the office, I quickly found the can piercing company's website and downloaded the operating instructions.  I sent them in an email to the supervisor, along with a message that we needed to get all the cans in the scrap hopper punctured.  I was a little sheepish about talking to him, since I still had some paint showing that I couldn't get removed.  A couple of hours later, I had to go to the shop, so I stopped in to make sure he knew what needed to be done.  He hadn't gotten the email yet, so I explained to him what had to be done.  Then I told him I had a story to tell.  I explained all about how ticked off I had been, and how the can piercer I thought was self-explanatory had shown me up.  He told me that the same thing had happened to him.  I guess this is a good example of why safety instructions have to be well-written, even when they seem to be basic common sense.
Posted by A Farmer at 11:37 PM 0 comments

Will Gerrymandering Turn the 2016 Election?

Probably not. Gerrymandering has its largest effects in off-year elections (see massive Republican majorities at the state level). But I'll leave it to the political wonks to discuss it:

Email ThisBlogThis!Share to TwitterShare to FacebookShare to Pinterest
Labels: Crooks and Liars, Don't Drink the Tea, Government Bought And Sold 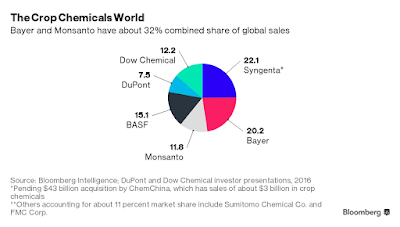 
Bayer AG’s possible takeover of Monsanto Co. isn’t likely to raise significant antitrust hurdles by itself, but it could intensify global scrutiny of the handful of companies striking megadeals that would consolidate the crop-chemicals industry.
Even if Bayer could win approval to purchase Monsanto, regulators may slow down all the deals as they assess how they would affect the overall market. Competition authorities are already investigating the proposed $130 billion merger between Dow Chemical Co. and DuPont Co., while national security officials in the U.S. weigh China National Chemical Corp.’s bid to acquire Syngenta AG of Switzerland for $43 billion. Lawmakers in the U.S. were quick to raise concerns about both the Dow-Dupont and ChemChina-Syngenta tie-ups....
A Bayer-Monsanto tie-up would create the world’s biggest supplier of seeds and farm chemicals. Monsanto, which has a market value of almost $40 billion, is the world’s largest seed maker and also makes Roundup, its blockbuster herbicide. Bayer, which invented aspirin, makes herbicides, insecticides and fungicides. The combined firm would control about 32 percent of the global crop-chemicals market.

As the farm economy gets tighter, we'll probably see the seed and chemical field brought down to three major players.  It won't be good for farmers, but what generally is.
Posted by A Farmer at 10:22 PM 0 comments

Email ThisBlogThis!Share to TwitterShare to FacebookShare to Pinterest
Labels: Ag economy, News in the Midwest, The Pyramid Scheme of the World Economy, The rich get richer

A Tale of Two Zip Codes

A Tale of Two Zip Codes from BLACKMATH on Vimeo.


Someone deliberately started the fire that triggered the fatal explosion in West three years ago, government investigators announced Wednesday.
They did not identify any suspects at the West Fertilizer Co. Their conclusion was partly based on a re-enactment of the fire performed at a research lab in Maryland, according to officials from the federal Bureau of Alcohol, Tobacco, Firearms and Explosives and the Texas fire marshal’s office. An ATF official said investigators had also conducted more than 400 interviews and analyzed evidence at the site, photos and videos....
Elder offered few details, saying he didn’t want to jeopardize the integrity of the continuing investigation. He said investigators eliminated natural and accidental causes and proved the fire started in a portion of the fertilizer plant used to store seed.
Elder said he didn’t know why the fire was set.
“We don’t know what they were thinking, because we haven’t talked to them,” he said.
Elder said that the owner of the plant has cooperated with the investigation.

I doubted from the start that the fire was intentionally set.  I guess maybe I was wrong.  It still doesn't make any sense, though.  Why would somebody torch a fertilizer plant?
Posted by A Farmer at 11:17 PM 0 comments

From an old Vox feature of maps and plans that never came about:

Alaska is too cold to be of much use to farmers, and much of America's warm, sunny landscape is on the dry side. In the 1950s, the US Army Corps of Engineers devised the only sensible solution — use "peaceful" nuclear explosions to divert several Alaskan rivers through the Rocky Mountain Trench into the Colorado and Yellowstone rivers, whence the extra water flow could be used to further bolster irrigation projects in the American southwest. The cost of the project was thought to be comparable in scope to the original construction of the Interstate Highway System, with the complicating factor that it would also require the cooperation of the Canadian government.

Geez, nuclear weapons caused scientists and engineers to dream up some pretty crazy ideas.  Thank God they didn't follow through on this lunatic shit.

Email ThisBlogThis!Share to TwitterShare to FacebookShare to Pinterest
Labels: Bad Ideas, Engineering and Infrastructure, US history, You Can't Make This Shit Up

Inequality Chart of the Day

From one of my links this week: 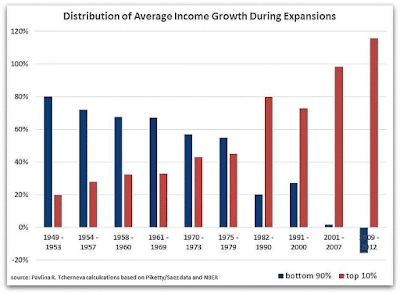 Email ThisBlogThis!Share to TwitterShare to FacebookShare to Pinterest
Labels: Bad Ideas, Don't Drink the Tea, Happy Days Aren't Here Again, The rich get richer, We Have a Revenue Problem 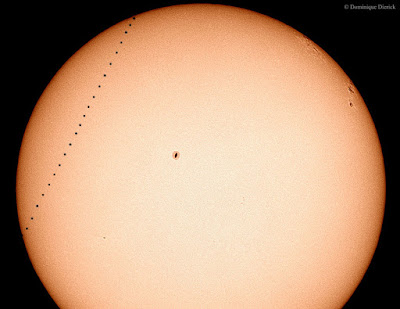 A Mercury Transit Sequence
Image Credit & Copyright: Dominique Dierick
Explanation: This coming Monday, Mercury will cross the face of the Sun, as seen from Earth. Called a transit, the last time this happened was in 2006. Because the plane of Mercury's orbit is not exactly coincident with the plane of Earth's orbit, Mercury usually appears to pass over or under the Sun. The above time-lapse sequence, superimposed on a single frame, was taken from a balcony in Belgium shows the entire transit of 2003 May 7. The solar crossing lasted over five hours, so that the above 23 images were taken roughly 15 minutes apart. The north pole of the Sun, the Earth's orbit, and Mercury's orbit, although all different, all occur in directions slightly above the left of the image. Near the center and on the far right, sunspots are visible. After Monday, the next transit of Mercury will occur in 2019.
Posted by A Farmer at 9:24 PM 0 comments

Another Set of Rain Break Links

I spent a good portion of the weekend sowing beans, but I did manage to catch the Derby.  Here are some links I came across in my winding-down time (a few Derby-linked):

U.S. Corn Production Set to Rise, Boosting Supplies - Wall Street Journal.  It is going to get ugly here in the midwest.

Under Attack, Commodity Promotion Programs Try To Hide Their Emails - The Salt

How Breakfast Became a Thing - Priceonomics. Or, breakfresh, as my grandma used to pronounce it.

The Road To The Chicken Ranch - Texas Monthly.  I didn't realize the origin of the name came out of the Great Depression.

'You want a description of Hell?' Oxycontin's 12-Hour Problem - Los Angeles Times.  America's drug epidemic has many very dark and interweaving themes, and big business is one of them.

Why is simpler better? - Aeon

Warren Buffett's mobile home empire preys on the poor - Center for Public Integrity.  Sure, a lot of his folksiness is just marketing, but this really does look bad.

A Portrait of Coal Town on the Brink of Death - VICE 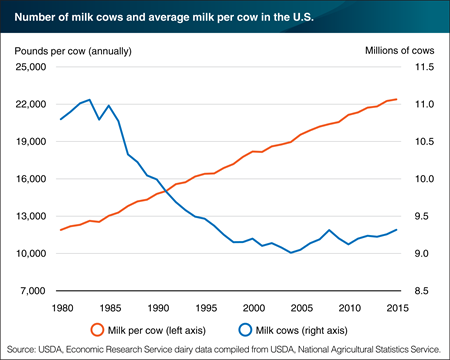