Slate has a nice piece which takes a look at the Chicago Deep Tunnel sewer project (formerly the TARP), and the challenges it faces keeping up with the greater intensity rains which appear to be a part of climate change.  The project scale is massive:


Altogether, 109 miles of subway-size tunnel lie beneath Chicago and its suburbs, covering more miles than the L, culminating in three suburban reservoirs (not the kind you drink from)...

Fitzpatrick drives me to McCook Reservoir, the mammoth holding pen, opened in late 2017, for the tunnels that run beneath the Chicago and Des Plaines rivers. We stand on the edge of a pit that can hold 3.5 billion gallons of wastewater, enough to fill the Empire State Building and then some. It doesn’t smell terrible, thanks to floating aerators and because the pool has dwindled to 30 feet deep—Friday’s leftovers from a half-inch of rain on Tuesday. At the far end we can see the circular tunnel mouth leading downtown. The city’s wastewater netherworld has its own Chicago-centric measurement system. Lake Michigan is elevation 0. The pumping-station control room, on a little hillock, is +25, or 25 feet above the lake. The roaring motors that empty McCook after the rain sit at -297, 30 stories below ground.
Behind us, the second section of McCook—which will more than double the holding capacity of the Mainstream Tunnel—is being excavated by gigantic mining trucks. Vulcan Materials, the country’s largest vendor of crushed rock, is digging millions of cubic yards of limestone out of the ground.

The gist of the project is that many of Chicago's sewers handle both sewage and stormwater.  When the city would get almost any rain, the sewers would be overwhelmed, basements would be flooded with sewage, and untreated waste would be dumped in the rivers.  So the city came up with this crazy project to build giant tunnels a couple hundred feet underground to divert the excess flow to giant reservoirs to hold it until it could be pumped through the treatment plant, where it would be treated and released. Obviously, the cost of such a program is astronomical.  On top of the cost, the changing climate has been a game-changer:


“The large and costly deep tunnel-reservoir system in Chicago is not adequate” to handle 50-year storms, Changnon wrote of the impacts from a September 2008 storm that caused the evacuation of more than 10,000 homes in the region. The Chicago Tribune reported that in the four years after the tunnels were completed in 2006, the MWRD released nearly 19 billion gallons of stormwater into Lake Michigan compared to 12 billion gallons in the preceding 22 years. Similarly, there have been 24 incidents of sewer overflow in the lake since the first tunnel came online in 1985, compared to about 21 in the previous 40 years. Then, in February 2018, after McCook had opened, tripling the capacity of the main tunnel, a big rainstorm filled the new 3.5 billion-gallon reservoir and sent another 3.8 billion gallons of sewage into local waterways....By the time I visited in November, McCook Reservoir had filled to capacity five separate times. Chicago’s multibillion-dollar anti-flooding system is already struggling to keep up with the region’s larger and more frequent storms.

As the article notes, the change in storm intensity over the 50-year construction timeframe exceeded the designers' imaginations. The scary part is that the combined sewers were also a result of lack of foresight by their designers.  They were glad at that time to get the sewage out of the gutters and away from the city.  Later, they had to re-engineer the Chicago River so that the sewage wouldn't foul the water intakes and cause disease outbreaks.  Then, development caused massive flooding because the sewers weren't able to handle the increases in runoff from all of the pavement laid over the formerly pervious soil.  Now that they have designed a system to handle the overflows, climate change is causing more intense rainstorms with longer durations.  None of our storm infrastructure is built for it.  I've been out of the civil field for almost 10 years, so I'm not even sure if the powers-that-be have even tried to grapple with what our design standards should be under the new climate regime.  That should terrify people.  It sure does me.
Posted by A Farmer at 10:32 PM 0 comments

2018 was a pretty bad year, both for this blog and for the world.  2019 might be better, but I have my doubts.  Here are a bunch of links I've saved from the last part of the year:

My Dad's Friendship With Charles Barkley – NPR Only A Game.  This is a great read.

Nebraska vs. Oklahoma State in an old-school battle in South Dakota? How did that happen? - Omaha World-Herald.  Here because of the gym.

The game of their lives was 25 years ago. They’re still replaying it in their minds. - Washington Post

How Christmas evolved from raucous carnival to domestic holiday - The Economist

40 million Americans depend on the Colorado River. It’s drying up. - Grist

Indiana's 'broken arrow' — that time 5 nuclear bombs got caught fire – Indianapolis Star.  How we survived the Cold War I will never know.

Austin Rising - Louisville Courier-Journal.  A series on Austin, Indiana, where an HIV outbreak in 2015 linked to IV drug use shocked the Midwest.

The Corruption of the Republican Party – George Packer

The Plot Against America – The Atlantic.  Paul Manafort

The godfather of fake news – BBC

King of the Low Road – The Weekly Standard 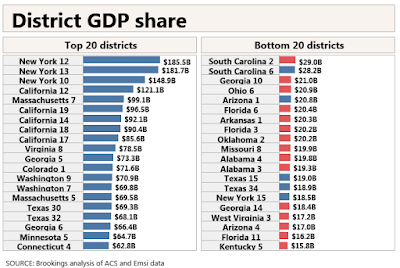