Some interesting stories for the weekend:

This Is Katie F---ing Ledecky: A Thesis About Kicking Ass - Grantland

Grandmaster Clash: One of the most amazing feats in chess history just happened, and nobody noticed - Slate

A Coming-Out Party For The Humble Pawpaw, Native Fruit Darling - The Salt.  Quite a few of these grow on the farm I live on.

Farmaceuticals: the drugs fed to farm animals and the risks posed to humans - Reuters

Keeping Heirloom Apples Alive Is 'Like A Chain Letter' Over Many Centuries - All Things Considered, and The Comeback Of The Endangered Colorado Orange, An Apple -The Salt

California town faces life without water - Financial Times.  In the Central Valley.  My guess is that agricultural irrigation wells lowered the aquifer below residents' well depths.

What next for the United Kingdom? - Pieria

How to Defeat ISIS, According to Ted Cruz - The Atlantic.  What an asshat douchebag.  Cruz panders to the biggest idiots in the Republican party.

World Should Prepare for 11 Billion or More People - Scientific American.  I don't think that will work out well.

Boeing Faces a Future Without Fighter Jets - Wall Street Journal.  The slideshow is worth checking out, even though it is of B-17s and not fighters.  The article also features a photo of a P-51, which was manufactured by North American, which was later purchased by Rockwell, and finally by Boeing, in 1996.  I don't understand why the P-51 would be featured in a story about declining F-15 and F/A-18 sales, but World War II planes are cool.

Why is the USDA Buying Submachine Guns? - Modern Farmer.  Yikes.

Bees and Ants on How to Make Decisions - Wall Street Journal, but see Ants Are Cool but Teach Us Nothing - Bloomberg 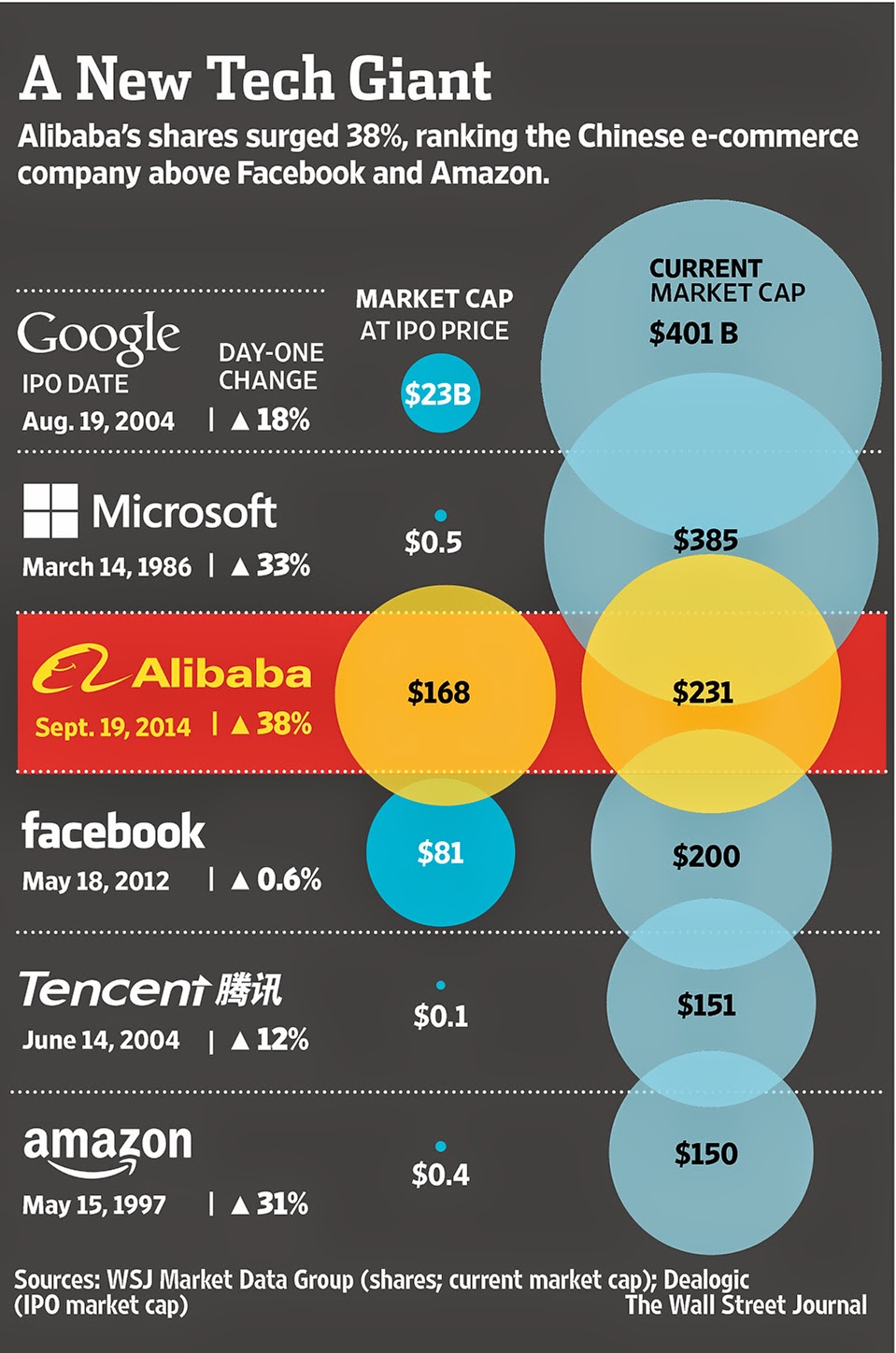 The Pabst Blue Ribbon collection of legacy beers has been sold to a Russian corporation:


The iconic American Pabst Blue Ribbon brand will soon be owned by a Russian company under a deal to sell the Los Angeles-based brewer for an undisclosed sum.
Pabst Brewing Co., with such beer brands as Colt 45, Old Milwaukee and Schlitz, was acquired by four years ago by C. Metropoulos & Co. It's now being sold to Russia's Oasis Beverages and private-equity firm TSG Consumer Partners LLC. The price tag for Pabst is thought to be between $700 million and $750 million, The Wall Street Journal reports.
WSJ says:
"Oasis has operations in Russia, Ukraine, Kazakhstan and Belarus, according to its website. As well as beer, the company makes soft drinks and juice.
"TSG, which invests in consumer brands, has previously owned stakes in vitamin water and Muscle Milk maker Cytosport Holdings Inc."
In a statement, Eugene Kashper, the chairman of Oasis who will become the new CEO of the Pabst called the beer "the quintessential American brand – it represents individualism, egalitarianism, and freedom of expression – all the things that make this country great."
"The opportunity to work with the company's treasure trove of iconic brands, some of which I started my career selling, is a dream come true," he said in a statement. "It will be an honor to work with Pabst's dedicated employees and partner distributors as we continue to build the business."
The statement said that the company would remain headquartered in Los Angeles.

And also a private equity investor.  That's probably worse than the Russian.

Pabst was the AGCO of beer companies, with a sizable collection of old regional beers that had gone under.  With InBev, SAB and MolsonCoors, there just aren't too many 100% American beer companies around.
Posted by A Farmer at 12:49 PM 0 comments

Email ThisBlogThis!Share to TwitterShare to FacebookShare to Pinterest
Labels: Beer and other gifts from God, Civil society, Happy Days Aren't Here Again, News in the Midwest

From The New Yorker: Out From Under the Heel of Tyranny

I don't know if Scotland will be next, but I liked this map that Ritholtz posted: 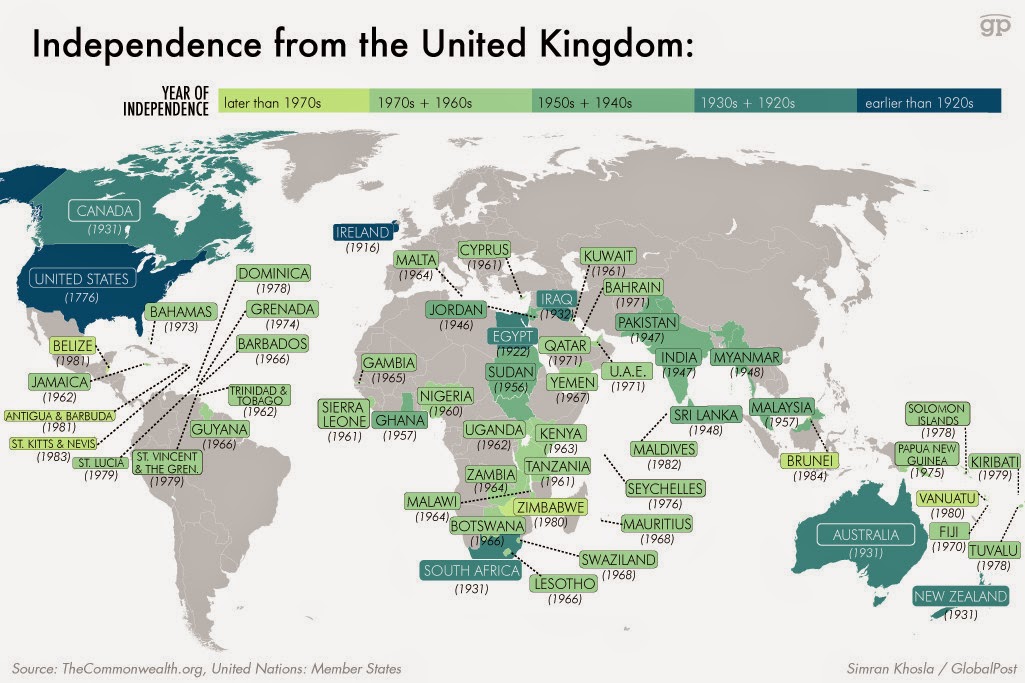 Email ThisBlogThis!Share to TwitterShare to FacebookShare to Pinterest
Labels: Across the Atlantic, Civil society, US history

I HAVE BEEN TO THE MOUNTAINTOP

I HAVE BEEN TO THE MOUNTAINTOP from Salomon on Vimeo.

The Midwest in Maps

Vox gives the Midwest the "X number of maps that explain Y" treatment.  This time, it is 41 Maps and Charts that Explain the Midwest.  One of my favorites:

Green is good.  There are several other good ones, but I think this one outlines my definition of the Midwest: 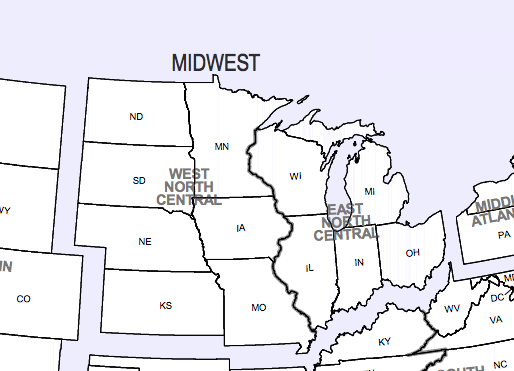 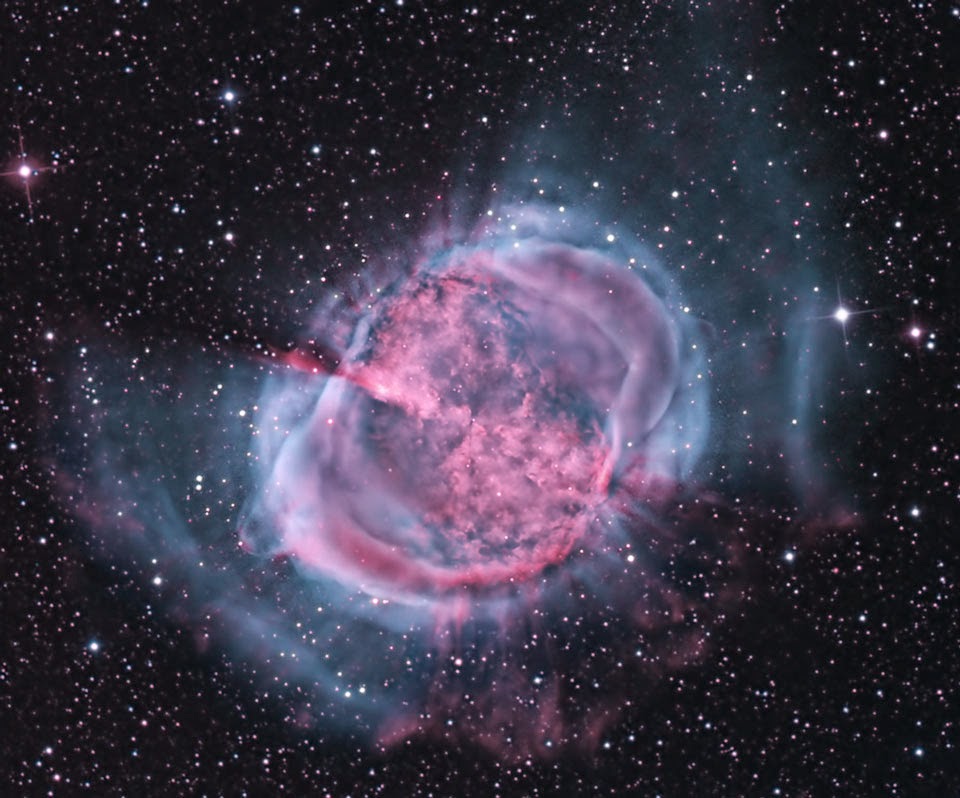 M27: The Dumbbell Nebula
Image Credit & Copyright: Bill Snyder (Bill Snyder Photography)
Explanation: The first hint of what will become of our Sun was discovered inadvertently in 1764. At that time, Charles Messier was compiling a list of diffuse objects not to be confused with comets. The 27th object on Messier's list, now known as M27 or the Dumbbell Nebula, is a planetary nebula, the type of nebula our Sun will produce when nuclear fusion stops in its core. M27 is one of the brightest planetary nebulae on the sky, and can be seen toward the constellation of the Fox (Vulpecula) with binoculars. It takes light about 1000 years to reach us from M27, shown above in colors emitted by hydrogen and oxygen. Understanding the physics and significance of M27 was well beyond 18th century science. Even today, many things remain mysterious about bipolar planetary nebula like M27, including the physical mechanism that expels a low-mass star's gaseous outer-envelope, leaving an X-ray hot white dwarf.
Posted by A Farmer at 9:03 PM 0 comments

The Battle for the Body

The sainthood process for Archbishop Fulton Sheen has been derailed by a dispute between the Diocese of Peoria and the Archdiocese of New York over the resting place for Sheen's remains:

The Roman Catholic Diocese of Peoria, Ill., has already constructed a museum in honor of Archbishop Fulton J. Sheen, a native son whose Emmy-winning television show during the 1950s brought Catholicism to the American living room. It has documented several potential miracles by him and compiled a dossier on his good works for the Vatican.
It has drawn up blueprints for an elaborate shrine in its main cathedral to house his tomb and sketched out an entire devotional campus it hopes to complete when its campaign to have him declared the first American-born male saint succeeds.
There has been just one snag in the diocese’s carefully laid veneration plans: the matter of Archbishop Sheen’s body.
Since his death in 1979, his remains have been sealed in a white marble crypt at St. Patrick’s Cathedral in New York, the city where he spent much of his life. And though the Peoria diocese says it was promised the remains, Cardinal Timothy M. Dolan, who considers Archbishop Sheen something of a personal hero, has refused to part with them, citing the wishes of the archbishop and his family.
Now the dispute over Archbishop Sheen’s corpse has brought a halt to his rise to sainthood, just as he appeared close to beatification, the final stage before canonization. Bishop Daniel R. Jenky, Peoria’s leader, announced this month that the process had been suspended because New York would not release the body.
To be sure, disputes over remains of saints are nothing new in the Roman Catholic Church, and in the past the resolution has sometimes been to divide the body. St. Catherine of Siena is enshrined in Rome, but her head is revered in a basilica in Siena, Italy. St. Francis Xavier, the 16th-century missionary, is entombed in Goa, India, but his right arm is in Rome, in a reliquary at the Church of the Gesu.
That type of compromise does not seem to be a possibility this time. Cardinal Dolan’s latest offer to Bishop Jenky was that he could have bone fragments and other relics from Archbishop Sheen’s coffin, but not the body itself. And certainly no limbs.

Where else can you have a nice battle over a corpse?  The whole relic collection and distribution process is pretty strange, and doesn't do the Church any public relations favors in the 21st century.
Posted by A Farmer at 10:03 AM 0 comments