Around here, folks will be drinking beer, grilling out, watching the Ohio State game and bitching about how unions ruined America.  Here are some good stories to check out this weekend:

The Secrets of an NFL Locker Room - Rolling Stone.  Chris Kluwe on what he misses about football.

'Yankees Suck! Yankees Suck!': The twisted, true story of the drug-addled, beer guzzling hardcore punks who made the most popular T-shirts in Boston history - Grantland.  I hate Boston fans, but at least they aren't Yankees or Cubs fans.

Vin Scully as Human Time Capsule - James Fallows, and Look at all that's happened with the Dodgers during Vin Scully's tenure - SBNation

Farmers, USDA Gear Up For The Next Bird Flu Season - Modern Farmer. It will be interesting to see how well they handle it when they are better prepared for the outbreak.

A twofer from The Salt - How Big Egg Tried To Bring Down Little 'Mayo' (And Failed) and The Bloody Mary Meat Straw: An All-American Story

The paradox of soil - The Economist

This cloud-like, futuristic material has been sneaking its way into your life sine 1931 - Business Insider.  Never heard of it before.

The Revision of Steve Jobs - The Atlantic.  I was ahead of the curve on this one.

The Business of Seal Clubbing - Priceonomics.  Hey, the headline was clickbait for me.

How Singer Won the Sewing Machine War - Smithsonian.  For the patent lawyer in the family.

Meet the Designer Behind Four Decades of Star Wars Toys - Bloomberg.  The year I got the Millennium Falcon for Christmas, the decals got misplaced with the trash.  I really felt like I had an inferior product compared to my friends.  I was a severely anal-retentive child.  Since then, I've gone hard the other way.

The Death and Life of Atlantic City - The New Yorker.  On the shitshow that has been the Revel casino (h/t to my old boss).

That Which Divides Us - CityBeat.  A short history of segregation in Cincinnati, and its effects in the present day.  Also see, How the Federal Government Built White Suburbia - CityLab

That Sinking Feeling - Texas Observer.  On recently indicted Texas Attorney General Ken Paxton.  Reminds me of former Ohio Attorney General Marc Dann, another person with no business in statewide office, or any office for that matter (I did vote for that clown, unfortunately).

And Now I Have to Say Something About Kim Davis - The Stranger.  I've been tempted to post something about this clown show, but I couldn't without it boiling down to, "do your fucking job or quit, you Goddamn F*&%ing C^%$," so I refrained.

The United Slang of America - Slate 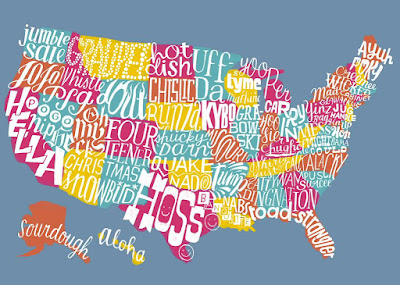 Email ThisBlogThis!Share to TwitterShare to FacebookShare to Pinterest
Labels: Civil society, County Fairs, Food for Thought, Jerks, News in the Midwest, the National pastime, US history 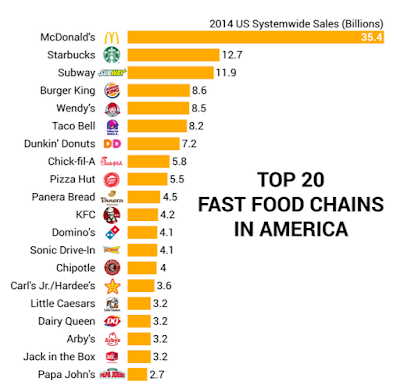 Chipotle and Panera Bread are ahead of Arby's?  That's what's wrong with America.  Haven't people had a French Dip Sub before?  Heaven.
Posted by A Farmer at 9:52 PM 1 comments

R O M A from Oliver Astrologo on Vimeo.

The Watermill from Troels Kirk on Vimeo.

Astronomy Photo of the Day 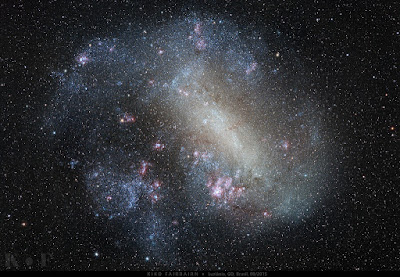 The Large Cloud of Magellan
Image Credit & Copyright: Carlos Fairbairn
Explanation: The 16th century Portuguese navigator Ferdinand Magellan and his crew had plenty of time to study the southern sky during the first circumnavigation of planet Earth. As a result, two fuzzy cloud-like objects easily visible to southern hemisphere skygazers are known as the Clouds of Magellan, now understood to be satellite galaxies of our much larger, spiral Milky Way galaxy. About 160,000 light-years distant in the constellation Dorado, the Large Magellanic Cloud (LMC) is seen here in a remarkably deep, colorful, image. Spanning about 15,000 light-years or so, it is the most massive of the Milky Way's satellite galaxies and is the home of the closest supernova in modern times, SN 1987A. The prominent patch below center is 30 Doradus, also known as the magnificent Tarantula Nebula, is a giant star-forming region about 1,000 light-years across.
Posted by A Farmer at 8:33 PM 0 comments

Another Government Handout for Minorities

Rural Americans are a distinct minority in the United States, even if they don't see themselves as one.  Here is another in a long line of government handouts to improve life in rural America:


Rural Ohioans’ telephone and Internet service is about to get a boost, thanks to a $1.5 billion federal program.
CenturyLink, Cincinnati Bell, AT&T, Frontier Communications, FairPoint Communications and Windstream Communications have all accepted Federal Communication Commission funding in the form of annual subsidies to offer broadband service to rural homes and businesses that are currently not being served.
Overall, carriers in Ohio will get $58.5 million in annual support to serve 166,967 homes and businesses.
The funding is needed because nearly 1 in 3 rural Americans lack access to broadband service, compared with only 1 in 100 urban Americans, according to the FCC’s latest Broadband Progress Report.
The broadband service is intended to ensure universal telephone coverage as companies phase out traditional landline service as well as add Internet service to areas where the cost of providing such service would otherwise be prohibitive.
“Access to modern broadband is critical to life in today’s society,” said FCC Chairman Tom Wheeler, in a statement. “The financial support provided by American ratepayers through the Connect America program is an investment in the future of our rural communities that will pay dividends for all Americans for years to come.”
The funding will subsidize the construction of broadband networks in rural areas over the next six years. Forty percent of the work must be done by the end of 2017; 100 percent by the end of 2020.
The funding will “dramatically alter the broadband landscape in Ohio and throughout the country,” said Lindsay Shanahan, executive director of Connect Ohio, a nonprofit that promotes broadband access in the state.
“This phase of the Connect America Fund is about deploying broadband to locations that do not have it, not the removal of legacy infrastructure (such as existing landline phone service) or a possible transition to Internet protocol-based networks,” she said.
“Recipients of this funding are required to build out broadband and voice networks that meet various criteria beyond the obligation to upgrade or build networks capable of broadband,” Shanahan said.
The biggest amount of funding is going to CenturyLink, which will take $505.7 million annually to expand and support broadband for more than 2.3 million of its rural customers across the United States. In Ohio, CenturyLink will take $16 million annually.

Of course, this program is tied to the "Obama phones" so many rural folks bitched endlessly about around 4 years ago.  The origins of the Universal Service Fund were tied to the effort to extend phone service to high cost, hard-to-serve rural areas:


But don't let that history get in the way of a narrative that government programs only benefit minorities with dark skin. Republican politicians have been getting elected in rural areas for more than a generation convincing the social minority residents there, beneficiaries of government programs all, that it's the poor blacks in the inner city who are being handed their hard-earned tax money, and that those politicians are going to change that by cutting taxes and slashing government programs.  It just isn't true, but it plays well to a built-in bias among residents in rural areas.  Fox News coverage of "Obama phones," without any background into how the underlying program benefits rural areas feeds that bias and inflames it more.  I just like to poke holes in that bubble of bullshit and swamp gas.
Posted by A Farmer at 10:55 AM 0 comments