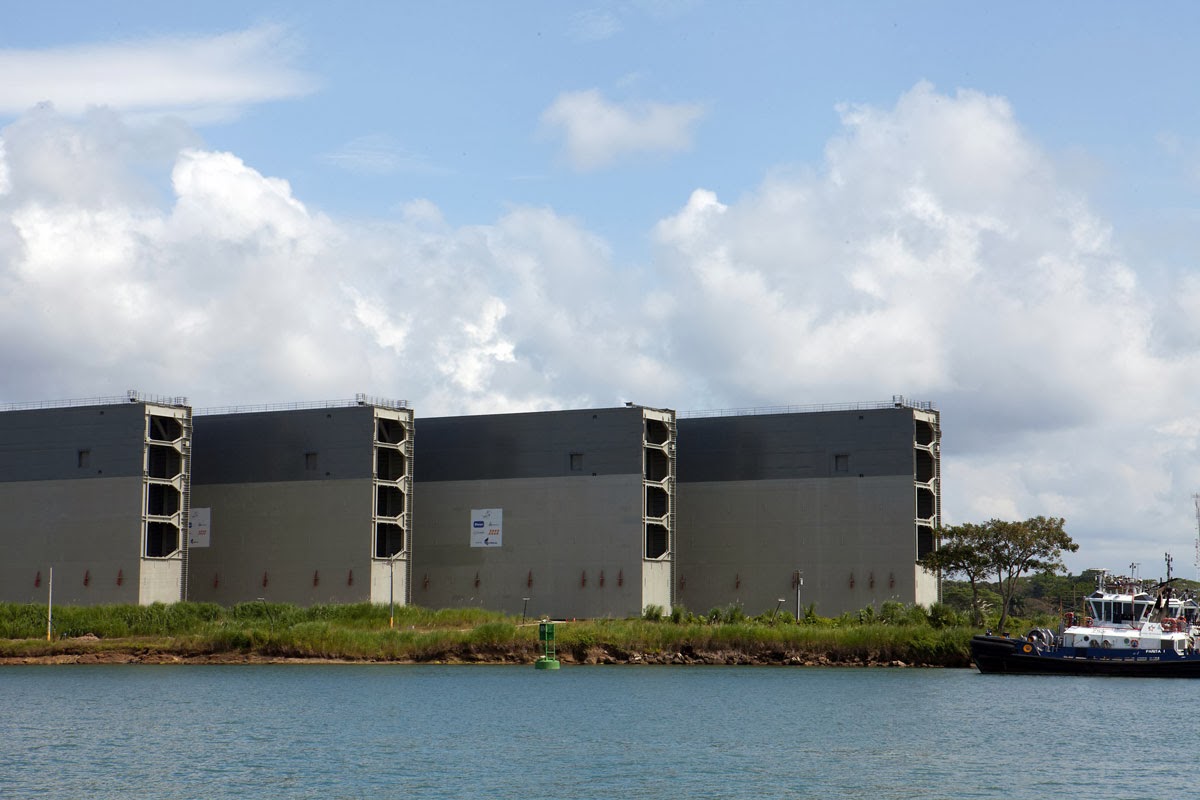 The gates are destined for new locks that will double the capacity of the canal.

These massive gates, soon to be installed in new locks in the Panama Canal, currently stand guard near the Atlantic entrance to the 100-year-old waterway. Built by Italian steel manufacturer Cimolai, each gate is nearly 10 stories tall, weighs 3,100 tons, and costs $34.2 million to fabricate, transport, and install. Construction crews will wheel 16 of these monsters into the locks — eight on each end of the canal — where robotic transporters will fit them into their housings. It’s all part of a projected eight-year, $5.2 billion plan to add a third lane to the canal to accommodate colossal “post-Panamax” container ships. When it’s finished in 2015, the project will double the capacity of the only man-made interoceanic waterway in the world.

That is awesome.  The first picture in the slideshow shows a seemingly ant-sized guy beside the gates.
Posted by A Farmer at 12:21 PM