The Island of California

Wired features 18 maps from the time when cartographers believed California was an island: 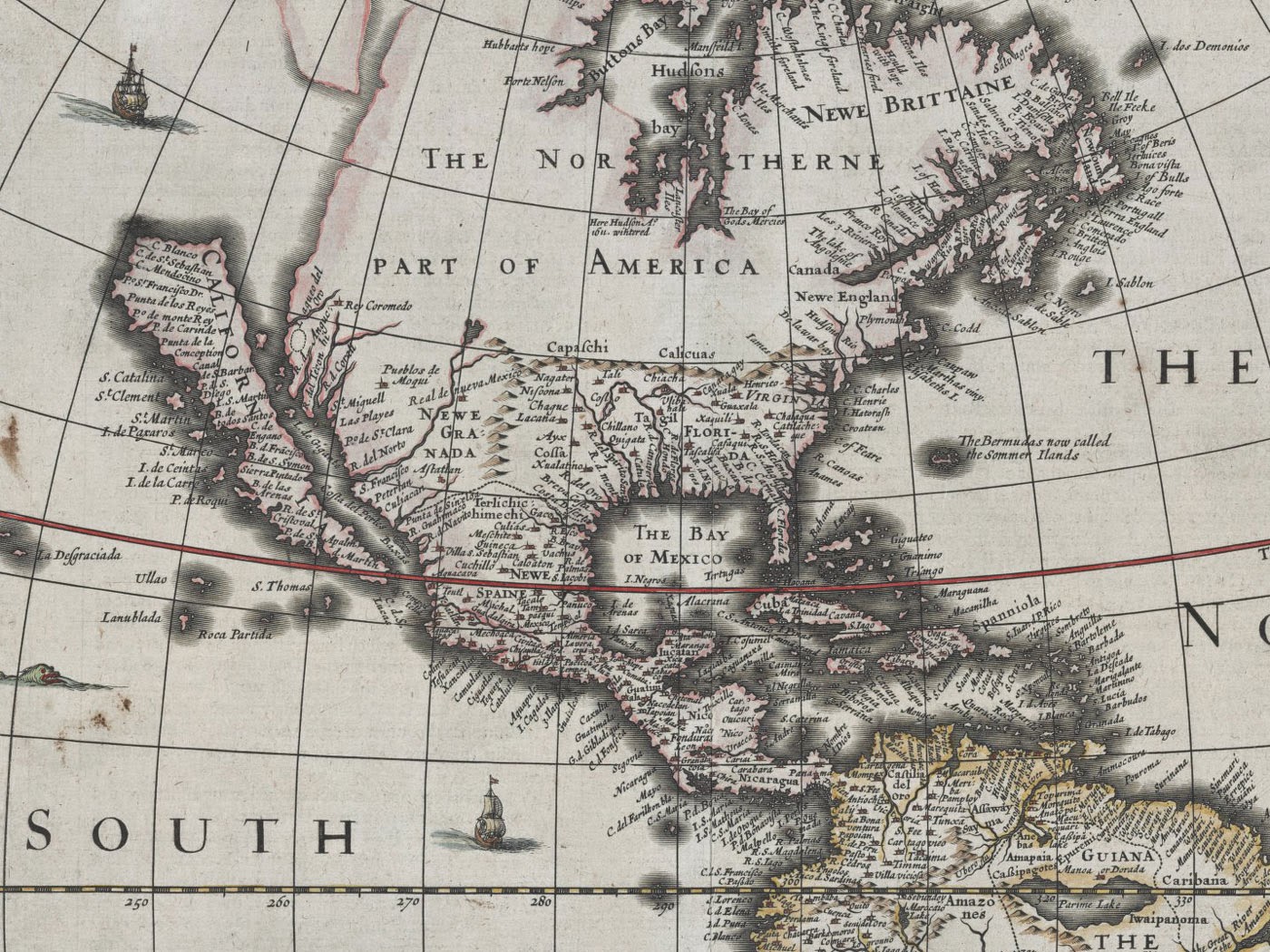 The flat northern coast of California and many place names in this 1626 map appear to be borrowed from Briggs' 1625 map. GLEN MCLAUGHLIN MAP COLLECTION / STANFORD UNIVERSITY


The old maps represent an epic cartographic blunder, but they also contain a kernel of truth, the writer Rebecca Solnit argued in a recent essay. “An island is anything surrounded by difference,” she wrote. And California has always been different — isolated by high mountains in the east and north, desert in the south, and the ocean to the west, it has a unique climate and ecology. It’s often seemed like a place apart in other ways too, from the Gold Rush, to the hippies, to the tech booms of modern times.
The idea of California as an island existed in myth even before the region had been explored and mapped. “Around the year 1500 California made its appearance as a fictional island, blessed with an abundance of gold and populated by black, Amazon-like women, whose trained griffins dined on surplus males,” Philip Hoehn, then-map librarian at UC Berkley wrote in the foreword to a catalog of the maps that McLaughlin wrote.
Maps in the 1500s depicted California as a peninsula, which is closer to the truth (the Baja peninsula extends roughly a 1,000 miles south from the present-day Golden State). Spanish expeditions in the early 1600s concluded, however, that California was cut off from the mainland. Maps in those days were carefully guarded state secrets, McLaughlin says. “The story is, the Dutch raided a Spanish ship and found a secret Spanish map and brought it back to Amsterdam and circulated it from there,” he said.
In 1622, the British mathematician Henry Briggs published an influential article accompanied by a map that clearly showed California as an island. Briggs’ map was widely copied by European cartographers for more than a century.
The beginning of the end of California’s island phase came when a Jesuit priest, Eusebio Kino, led an overland expedition across the top of the Sea of Cortez. He wrote a report accompanied by a map in 1705 that cast serious doubt on the idea of California as an island. It took more exploration, but by 1747 King Ferdinand VI of Spain was convinced. He issued a decree stating that California was — once and for all — not an island. It took another century for cartographers to completely abandon the notion.

I was thinking more along the lines of San Francisco Bay, I forgot all about Baha California.  For some reason, I was thinking of a time when the Central Valley was underwater, even though that wasn't in recorded history.  That's just U.S. chauvinism, I guess.

Email ThisBlogThis!Share to TwitterShare to FacebookShare to Pinterest
Labels: Strange But True, The World Doesn't Revolve Around The U.S., US history