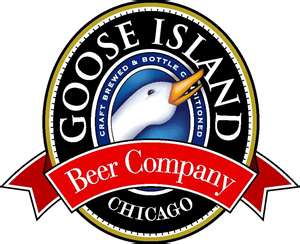 I heard this on the radio last night:


Anheuser-Busch announced Monday that it was spending nearly $40 million to buy Goose Island, one of the country's pre-eminent craft brewers, in a play to capitalize on the success of that market.
Goose Island's 312 and Honkers Ale are among the lines that established its prominence in Chicago's local market. And some Goose Island's specialty beers garnered the company national attention: the Bourbon County Brand Coffee Stout was rated the top beer of 2010 by BeerAdvocate, and RateBeer called Goose Island the tenth-best brewery in the world that year.
John Hall, the head of Goose Island, said that the company was quickly outgrowing its capacities, having to limit production of some of its most popular beers, and that the deal with Anheuser-Busch would help the company continue to expand. "This agreement helps us achieve our goals with an ideal partner who helped fuel our growth, appreciates our products and supports their success," Hall said, in a statement on the buyout.

Email ThisBlogThis!Share to TwitterShare to FacebookShare to Pinterest
Labels: Beer and other gifts from God